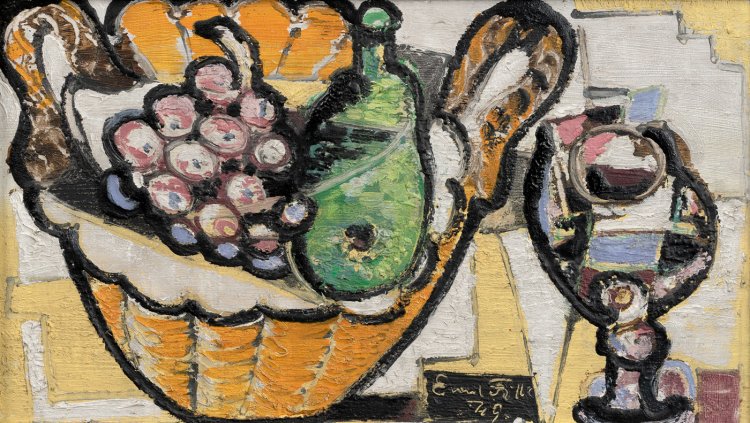 Still Life with Bowl, Fruit and a Glass

The colourfully diverse painting represents the post-war work of one of our most important Cubists and the most prominent personality of the Czech art scene in the first half of the 20th century. This artistically unusually arresting work excellently summarizes the author's long-term interest in still lifes, to which he repeatedly returned, so that he could constantly re-evaluate artistic methods and spatial relationships. After the war brighter colours began to penetrate his paintings and shape was reduced to more disciplined forms. At that time he painted mainly at the chateau in Peruc, where he acquired rooms for use and where, after February 1948, he mostly created and lived. Furniture from the castle, especially vases, glasses and bowls, often appeared in his compositions. On the presented canvas Filla confidently depicts familiar objects, but presents them to the viewer from above, which allows him to open the abundant contents of the basket and at the same time to move smoothly to the lateral view without having to use the famous Cubist abbreviations. The way the glass in the right corner is painted intentionally refers to older work. The individual objects are defined by a distinctive black line, which became a popular element especially after the war, and through which it defined them in relation to the broadly conceived yellow and white surroundings.The still life radiates unprecedented artistic certainty, and even though it comes from a period that has only recently started being appreciated by collectors, it is indisputable proof of Filla's talent and creative power. The original owner of the work was the Prague architect and collector Václav Velvarský, who owned the work in the 1950's. The authenticity of the work was verified by the Filla Foundation.The authenticity is also confirmed by the author's marking on the stretcher bar"11/49". The work is reproduced in the catalogue of the exhibition Filla-Fulla (Bratislava, p. 212). The condition of the painting corresponds to its age. Assesed during consultations by PhDr. T. Winter and PhDr. R. Michalová, Ph.D.From the attached expertise by PhDr. K. Srp: "[…] The main feature of the assessed work is the transition between the sensual side of the matter and its internal structure, carried out on a distinctly abstract background. It confirms the high artistic quality of the late period of Filla's work […]". 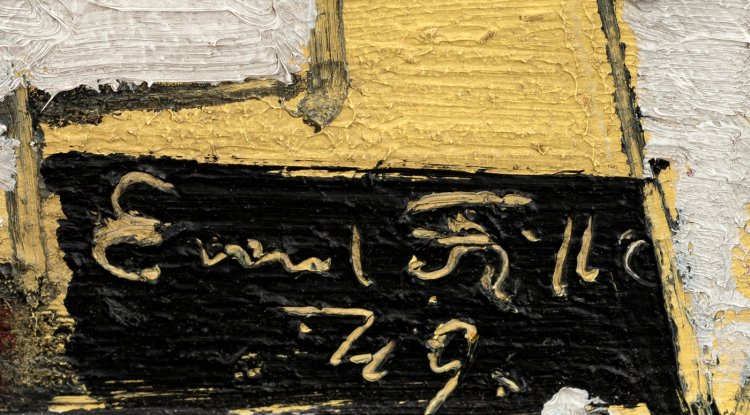 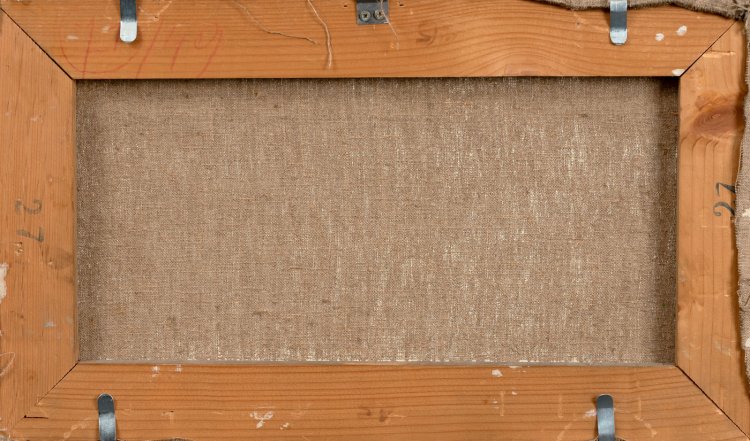