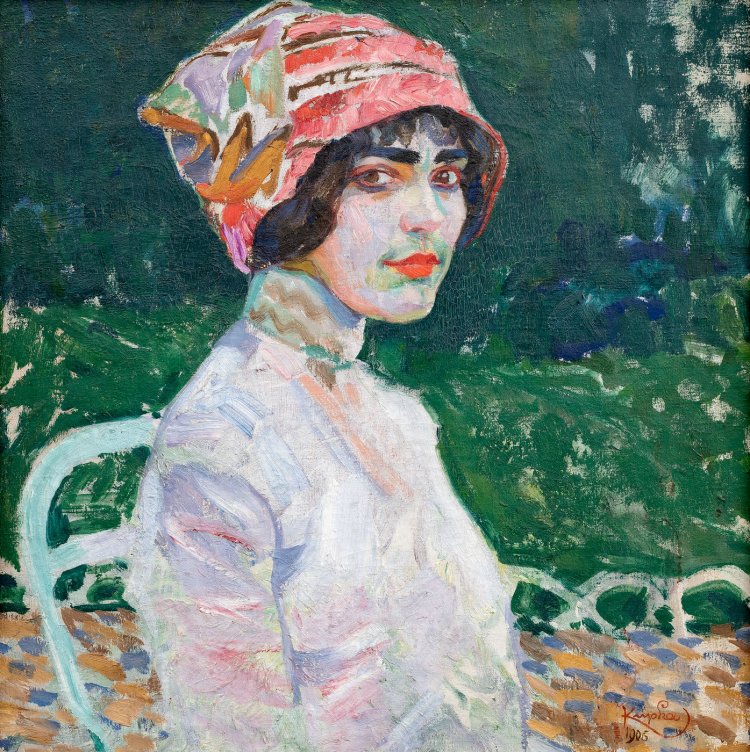 This unique early work by František Kupka, rarely appearing on the art market, takes us to the beginning of this exceptional artist's path, which fundamentally contributed to the history of Czech art. Some of the world's greatest painters took decades to reach the convincing abstract purity that Kupka managed to develop from symbolist morphology between 1905 and 1912. The presented work is a unique testament to Kupka's rapidly changing artistic style, which reacted with extraordinary receptivity, as well as individuality, to the development of international modern art. In 1906, Kupka moved to a villa in the Paris suburb of Puteaux, where he subsequently spent most of his life. Jacques Villon, Marcel Duchamp's brother, settled here at the same time. Here the author worked on illustrations and in the same year he took part, for the first time, in the Paris Autumn Salon with his painting Autumn Sun. During these years he was at the beginning of a huge artistic shift. The inspiring environment and the intellectual society of the exceptional Duchamp siblings in Puteaux brought undoubted inspiration and new impulses to his artistic development. It was here that he also met the artist Suzanne Duchamp, the sister of Jacques Villon, who used to visit her brother. In the painting The Pink Hat, Kupka captured the image of this girl, then a very dark-haired seventeen-year-old, dressed in the period fashion of the beginning of the century. With confident strokes in the impressionist-fauvist spirit he gave way to his realistic vision, but also showed his ability to work infallibly with plains and their colourful play. The distinctly pale- coloured portrait emerges directly from the canvas, the background of which he divided into three horizontal fields. This he dealt with absolute self-confident modernity and in an incredibly spontaneous manner, nonchalantly leaving parts of the plain canvas visible. The Pink Hat is thus an exceptional example of Kupka's colouristic abilities, his sense of colour and his brushwork, which in later paintings were reduced to a balanced and extremely refined level. This brilliant, eye-catching painting, the central motif of which is a young lady in a pink hat, watching the viewer with a penetrating look, is a unique moment in the development of the execution and expression of the author's style. Kupka often dated his paintings retrospectively, which is why the canvas is dated 1906. In 1946, however, he exhibited the work in Mánes with the mention of the years 1907-1909, which seems more probable, for otherwise the painter would have overtaken H. Matisse himself in his shift to modern expression. Some art historians also agree with this dating. For a long time the painting was owned by Kupka's wife Eugenie. Now the value of this first-class painting is also increased by its origin from a respected foreign collection. The work is published in the artist's monograph, where it is also dated between 1907 and 1909 (L. Vachtová, František Kupka, Prague 1968, cat. no. 60, p. 230). It was exhibited, for example, at the author's exhibition in Mánes in 1946 entitled Portrait with a Pink Hat (František Kupka: Exhibition of Life Works 1880-1946, cat. no. 15), or in 1966 in Paris (Karl Flinker Gallery, Kupka avant 1914, cat. no 34). The work will be included in the upcoming monograph by doc. PhDr. M. Theinhardt, CSc. and P. Brullé. Assesed during consultations by prof. J. Zemina and PhDr. R. Michalová. From the expertise by PhDr. K. Srp: “[...] It is clear that Kupka painted the painting in his residence, in the garden of Puteaux, and that we have before us a great fauvist work, in which he freed himself from all previous historicisms and embarked on the path of a direct, modern view of reality. This specific portrait is based on his knowledge of a very influential, nascent fauvism, which he clearly dealt with in terms of relation to colour and surface. Fauvism, more than cubism, opened Kupka's way to abstract painting. We can admire the power of his realistic vision, evident from the face of the portrayed woman who is as perfect as Gustav Klimt's portraits, and especially the concept of individual, contrasting plains, where behind the radiant, pale-coloured, very dynamically modeled dress are three horizontal, colour-coded fields, which literally pulsate, thanks to the manner of short, varied, gradually thickening strokes. […]“. 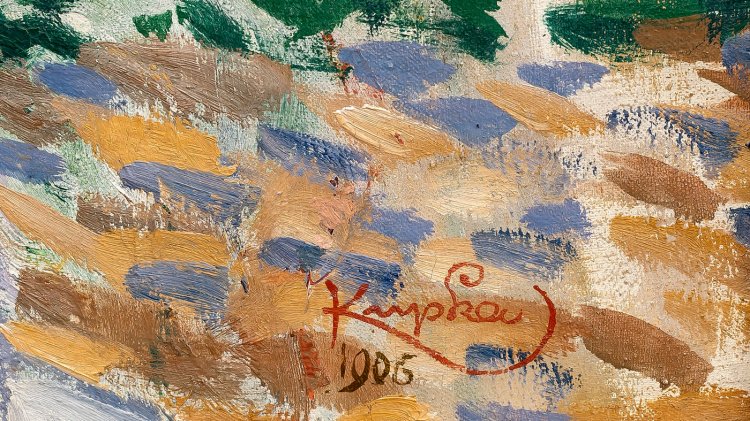 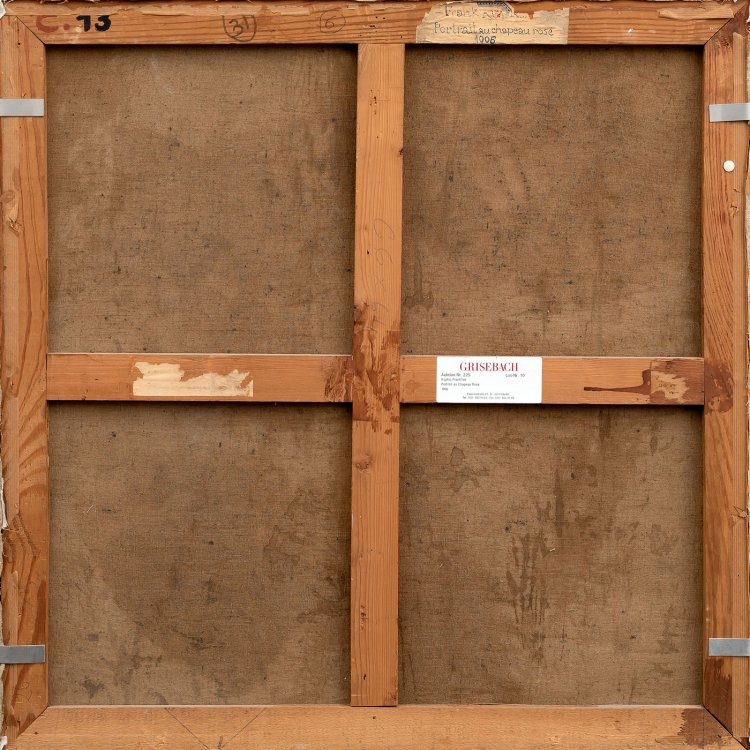