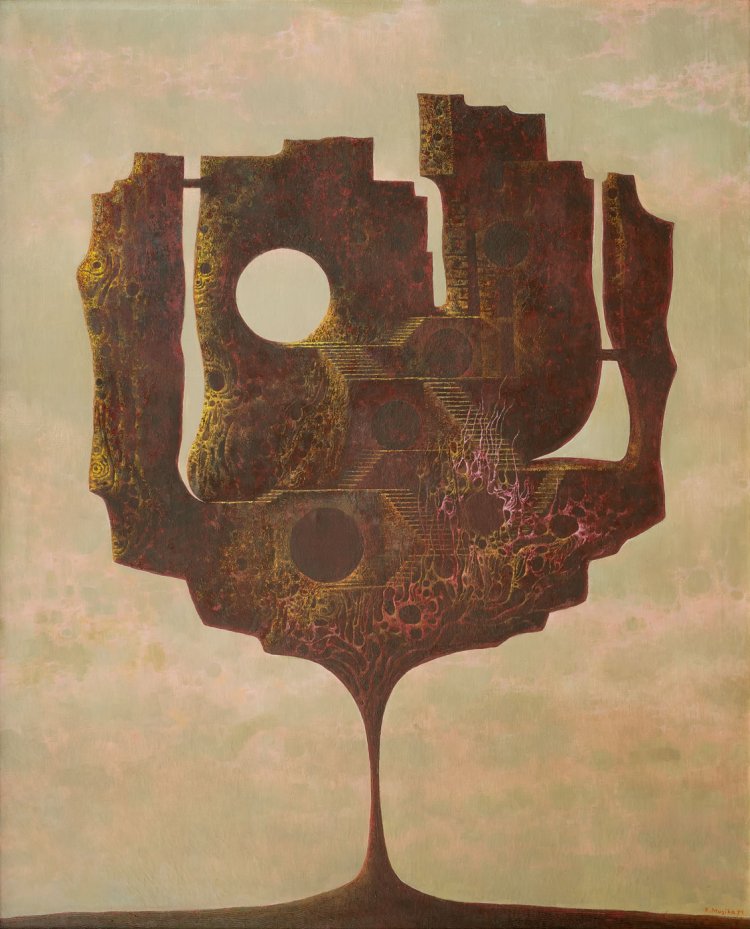 This extremely impressive, brilliantly executed large-format oil is one of the fundamental works of the talented František Muzika, an important representative of Czech interwar modernism. Muzika commenced his prolific creative career with a Picasso-like neoclassicism, then merged his aesthetic feelings with the Devětsil generation, before adopting imaginative surrealism. This, at the end of his life, he then developed into his own distinctive artistic poetics, imprinted with his own form and contents, which unfolded in loose context with the international Art Brut currents. In the post-war period, in which this excellent painting was created, Muzika fully immersed himself in his own distinctive organic universe of natural microstructures and fantastic architectures. His inner world was immersed in itself and strongly intertwined in meaning, so that each of his late paintings bears an expression of uniqueness. The cycle of Elsinors, which completed Muzika's artistic endeavors, has an exceptional position. The artist first dealt with this topic in 1936, when he prepared the set design for the performance of Hamlet at the Brno National Theater, and here we also meet for the first time the motifs that form the basis of the later mystique of his Elsinors. However, the form essence of these paintings began to take shape with the Citadel cycle in the 1940's, and the first works were definitively created in the first half of the 1960's. The magical ensemble combines a unified spiritual content and symbolic level, and the form of the works is subject to this. Muzika used a delicate, almost filigree style. The intricately elaborate exterior on the monumental, jagged silhouette is in the form of organic tissue covering the entire surface of the stone block, which is supposed to be a remnant of the mythical ruin of Shakespeare's tragedy about Hamlet, the Prince of Denmark. The inaccessible fortress, located on the very threshold of nothingness and evoking the gateway to the realm of non-existence, was once a fortress of the spirit, a place of perfect psychic concentration. Now it is just a system of blind staircases leading from nowhere to nowhere, symbolizing the parable of temporality and the inevitable finality of human destiny. The fantastic architecture is consistently laid out in the area and grows from the low horizon. The delicate base connects the whole formation with the mother soil from which the object grows. The subtle atmosphere is enhanced by the misty golden colour in the background, from which both the rougher structure of the oil paint, as well as the glazing and miniature details, stand out. The Great Elsinor XI is undoubtedly one of Muzika's masterpieces, it is an artwork of extraordinary artistic style. Today, the comparable Elsinor XII canvas is owned by the National Gallery in Prague, and other representatives of this cycle are dispersed in private collections across Europe. The high collector value of the canvas is enhanced by the fact that it appears in a period photograph from the artist's studio at the Academy of Arts, Architecture and Design in Prague. The author's inventory number of 892 is preserved on the back of the canvas. Since 1972 the artwork, together with 11 other canvases by Muzika, was owned by Irene and Hans Gerling, who ran the Baukunst Gallery in Cologne. They probably got acquainted with Muzika's work in 1969, when he exhibited in Germany, and they subsequently organized a large retrospective for him in 1972. In the 1990's the painting moved to another private collection in Germany. The work was presented at the exhibition František Muzika: Retrospective exhibition with oil pictures, drawings and graphics from the years 1930–1972, Baukunst Galerie, Cologne 1972, cat. no. 55; further at the comprehensive show in the Wallenstein Riding School: František Muzika: Paintings, drawings, stage designs, book graphics, National Gallery in Prague, September – October 1981, cat. no. 139; it is reproduced in the catalogues of František Muzika: Retrospective exhibition with oil paintings, drawings and graphics of the years 1930–1972, F. Šmejkal, Cologne 1972, non-paginated; František Muzika: Paintings from 1933–1974, F. Šmejkal, Roudnice nad Labem 1979, non-paginated; and František Muzika: Paintings, Drawings, Stage Designs, Book Graphics, M. Hegar / F. Šmejkal, Prague 1981, Fig. 22. Assesed during consultations by PhDr. R. Michalová, Ph.D. and prof. J. Zemina. From the attached expertise by PhDr. K. Srp: "[...] This is a significant meditation on the meaning of the world, its fleeting duration and the impossibility of escaping from its confined spaces. Here Muzika reached a very ingenious conclusion of his artistic career. [...]". 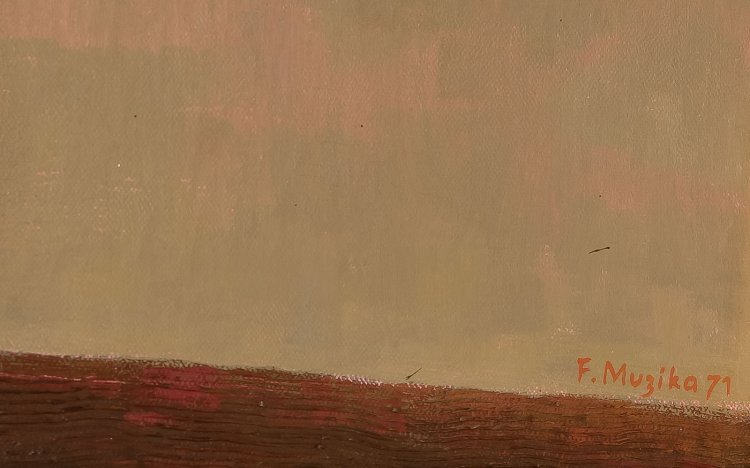 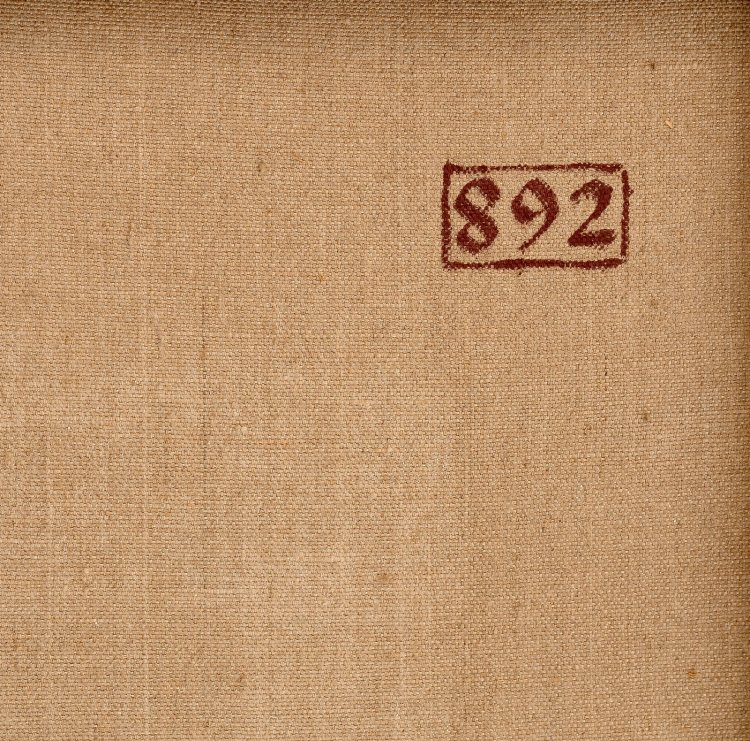 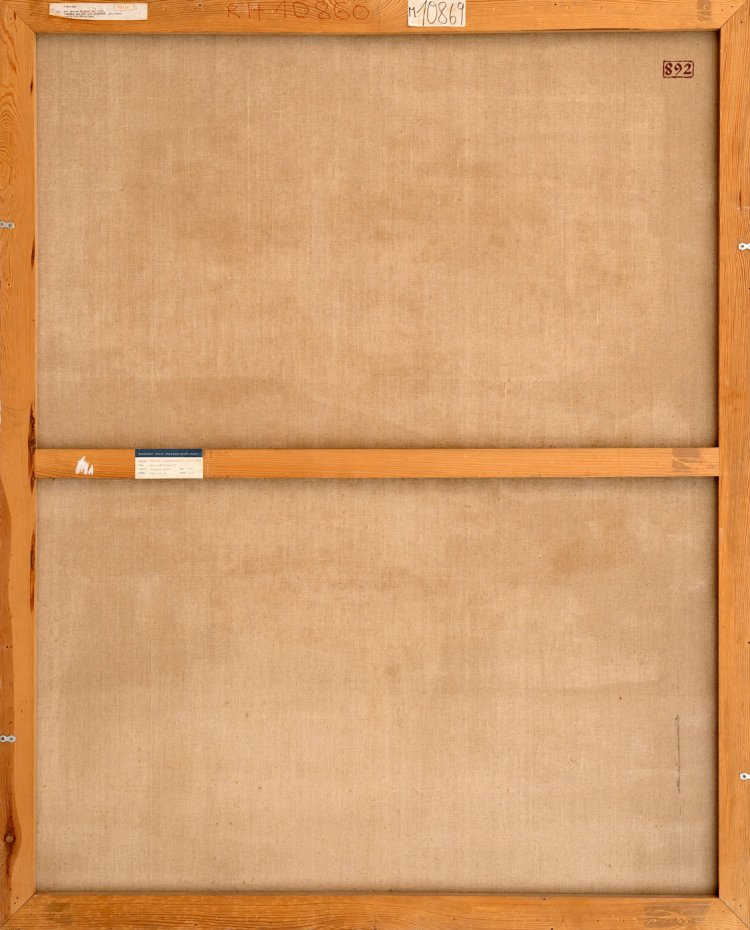