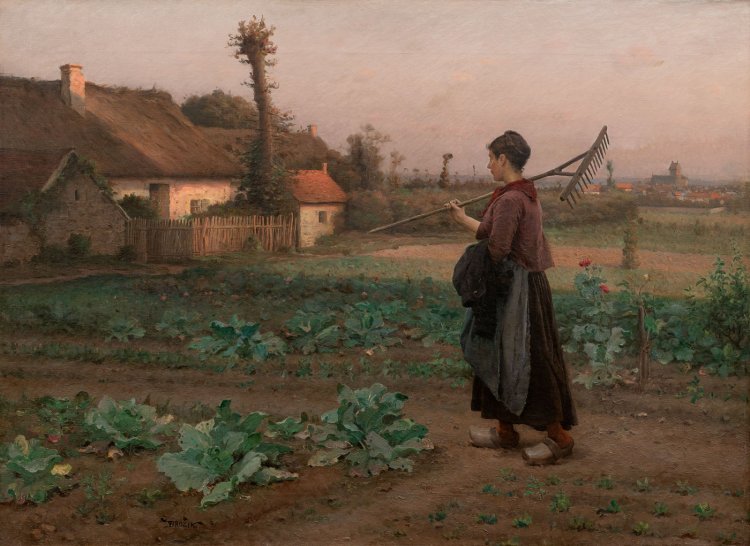 During his lifetime, Václav Brožík was one of the most respected artists of his generation. He belonged among the top representatives of academic painting, embracing both high-class historical genres and rural topics of ordinary life, comprehensible for a broader audience. This subject matter began to show off more significantly in his works from the mid-1890s, at the time when he travelled to Brittany and Normandy, and whilst working in the surroundings of the Ambleville Castle, which belonged to his father-in-law. Since then, the rural and seaside atmosphere became an increasingly welcome source of inspiration and a necessary balm to his soul and weakly body. Following on from French tradition, represented mainly by Jean-François Millet or Jules Breton, he captured French peasants in countless variants and postures with realistic truthfulness and calm monumentality.

The presented artwork is an important representative of this kind. It also contains characteristic features of the author’s unmistakeable brushwork, which is recognisable in a thoroughly elaborated composition plan, perfectly sculpted shapes, and the figure organically embedded into the landscape. At the same time, Brožík masterfully worked with perspective – he connected the elaborated front plan of the fertile field with the middle plan containing the farmhouse, followed up by the long horizon defined by the silhouette of a nearby town with the landmark of a church and its tower.

The value of this painting, from a collector’s and art-historical point of view, is confirmed by the fact that it represents a variant or one of the preliminary phases to the final composition of the multiple times’ published painting Return from the Field (Evening), (1891–1893, from the collections of the Prague City Gallery), of which an equally famous pendant On the way to the Fields (October Morning), (1891), belongs to the same collection.  The offered painting belonged previously to the collection of the painter Ota Janeček. Assessed during consultations by prof. R. Prahl, CSc., and PhDr. N. Blažíčková-Horová. The expertise by PhDr. Š. Leubnerová is attached. 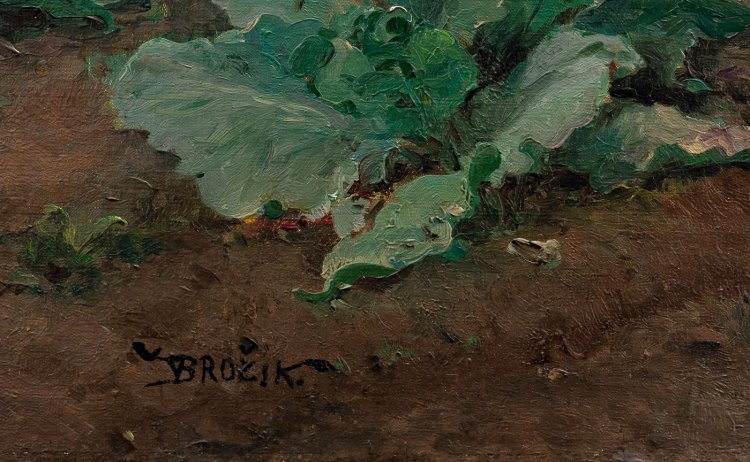 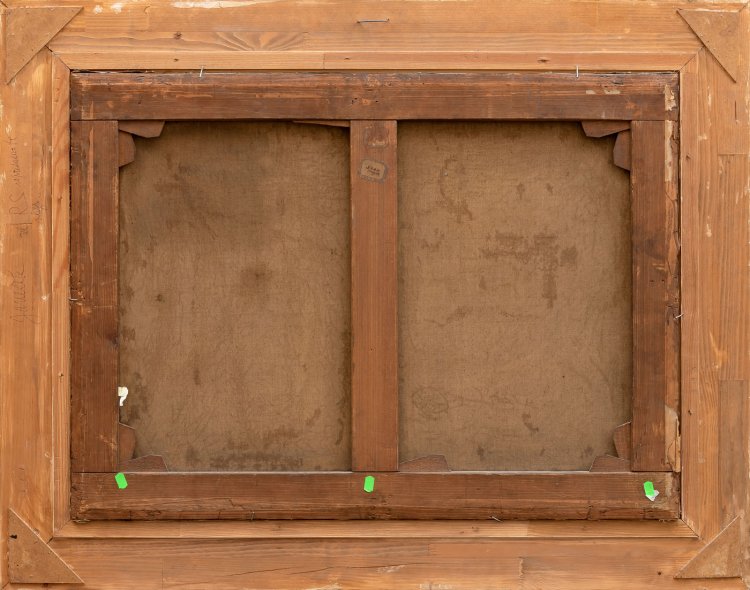