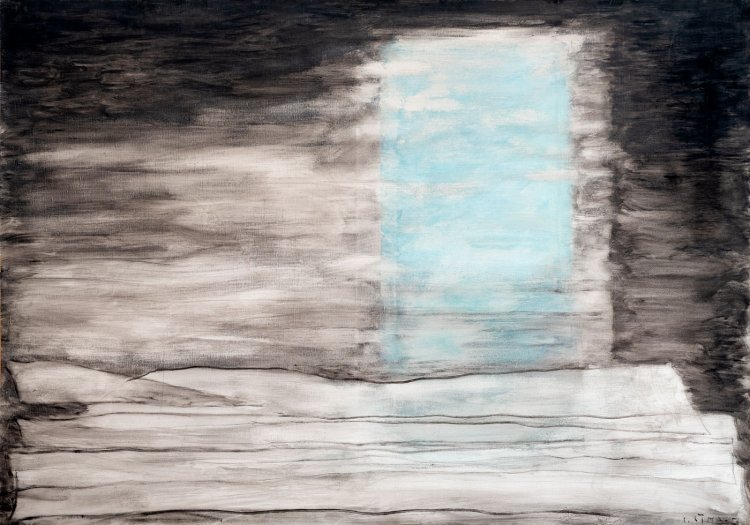 The presented artwork of reduced expression and philosophical character is by Josef Šíma, one of our most interesting representatives of the avant-garde painting, whose work combines Czech and European traditions and who went down in international history of fine arts. This canvas is an extraordinary example of the original, extremely subtle style from the high-quality post-war years of this unique artist, who developed his work independently of contemporary tendencies. After a few-year hiatus in the early 1950s, Šíma commenced his second creative period, during which he created masterpieces characterised by extraordinary depth and a refined technique. He drew on from the pre-war deep-rooted metaphysical conception of painting, and remained close to the imaginative aesthetics of the philosophical poetics of The Great Game   (Vysoká hra) artistic group as well.

This impressive painting relates to an important cycle on the legendary musician Orpheus, to which Šíma devoted himself at the turn of the 1950s and 1960s, based on Ovid’s artwork, and so he returned to his previously interpreted mythical theme. However, he turned away from a figurative depiction towards lyrical abstraction, in which he achieved an extraordinary synthesis of reduced expression and deep content at the same time. The lower part of the composition consists of horizontal zones, which indicate the surface of the earth and create a space, at the end of which there is an azure light gate symbolising spiritual substances. The gate is in strong contrast with the rest of the image, rendered in flickering grey tones; they intersect each other, creating an indefinite motion. It was light, the most subtle manifestation of matter, that Šíma considered to be the cornerstone of his painting. The gate acts as a separate object, becoming the only passage in the painting and giving the beholder an insight into places inaccessible to the average mortal, as passing through the Gate of Orpheus meant to enter the realm of shadows. The artist escalated the gate itself to a scene of literal radiating energy, and it still remains to be answered how the beholder should understand the whole artwork. Has Orpheus, in Šíma’s presentation, been transformed into an intangible substance that becomes a passage between the real world and the world of abstract concepts and spiritual values? Or should the role of Orpheus be taken over by the beholder, (or the painter himself), who finds themselves deciding whether or not to enter through the gate. The extent to which Šíma was able to “pass through this gate” is indicated by his final works from the early 1970s.

This subject matter was so important to him that he repeatedly dealt with it in several realised or prepared monumental commissions, for example on stained glass windows from 1959–1962 and in the design of the spa colonnade in Karlovy Vary in the early 1960s. Assessed during consultations by prof. J. Zemina and PhDr. K. Srp. The expertise by PhDr. R. Michalová, Ph.D., is attached. 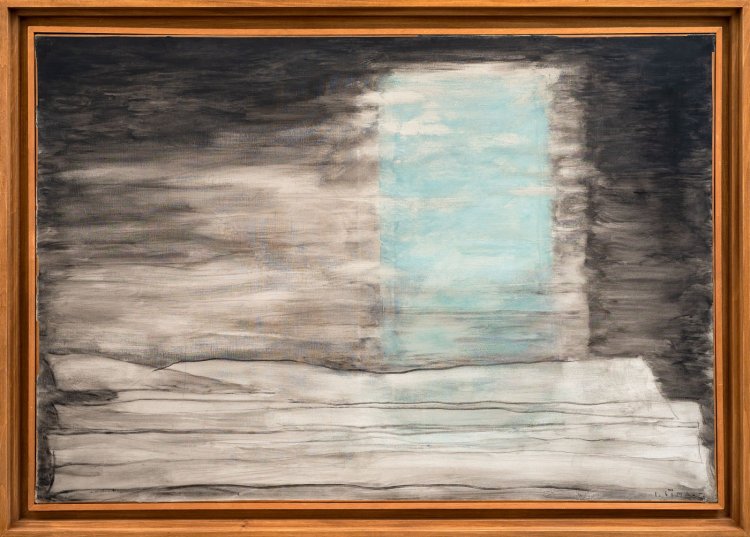