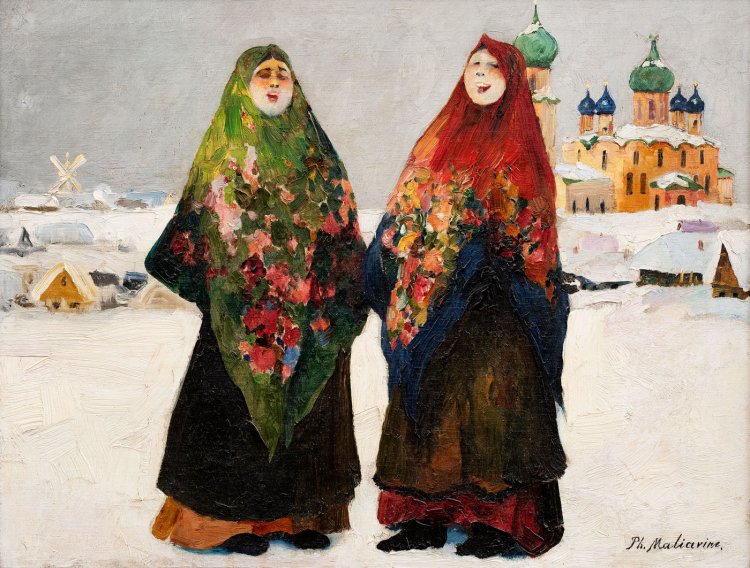 This painting represents the mature work of Filipp Malyavin, a Russian artist who was originally trained as an icon painter at Mount Athos in Greece, and even taught by perhaps the most famous Russian realist, Ilya Repin in St. Petersburg, to first establish himself as an internationally acclaimed portraitist. His lifelong passion, however, was the capture of peasant life; though not in its harsh form full of tiring labour, but mainly in the festive times, relaxed and full of joy. This characteristic work by Filipp Malyavin, with the author’s title Singing Peasant Women, is thus made up of a spontaneous spectacle full of bright colours, which are applied with no respite, with vigour, and a desire to create a painting at one stroke. He proved here that he did not aim to show a rigid model by traditional portraiture. He rather created a schematic type, an object full of joy and vitality. At the same time, he evolved his interest in this subject matter, to which he had adhered since the beginning of the century when he achieved great success with his painting called Laughter, exhibited at the World Exhibition in Paris.

The work was presented in the year of its creation in the Myslbek Exhibition Hall in Prague, at the time when Malyavin was on an exhibition tour of Yugoslavia, Czechoslovakia, England, and Sweden, and it was also published in the catalogue of the Czechoslovak exhibition (Prague, 1933, cat. no. 20, repro. no. 29). Given the fact that it was published in the catalogue without a signature, it can be assumed that it could have been painted in the year of the exhibition or shortly beforehand, and was signed when sold or donated to the first owner Dmitry Pavlovich Nikitin, a merchant with carpets, jewellery, porcelain, and objects of fine and applied art in interwar Czechoslovakia, who even concluded a contract with Maljavin to become a seller of his artwork in Czechoslovakia. In the 1960s, the painting passed to the possession of the National Gallery in Prague (inv. no. 8181), and in 1992 it became an object of restitution. It is also mentioned in a very recent academic publication entitled Filipp Andreevich Malyavin (1869–1940), Passion for Colour, Academic Catalogue of F. A. Malyavin’s Works in Public and Private Collections in the Czech Republic (J. Jančárková, ed., S. Gagen, D. Chaloupka, V. Tokoš, Gallery of Fine Arts in Náchod and Gallery of Fine Arts in Ostrava, 2020). Assessed during consultations by V. Larionov. The expertise by PhDr. J. Jančárková, Ph.D., is attached. 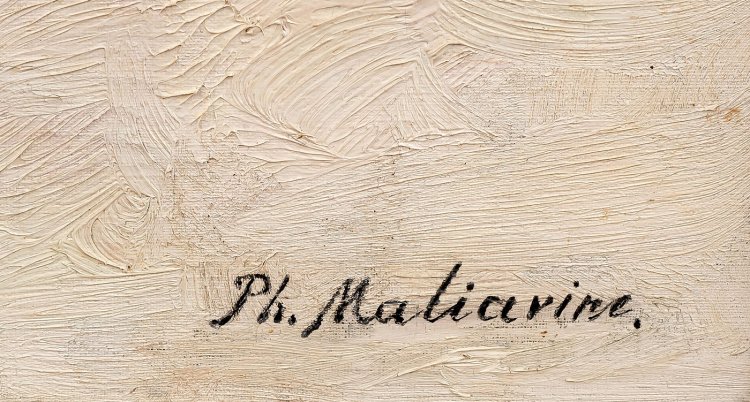 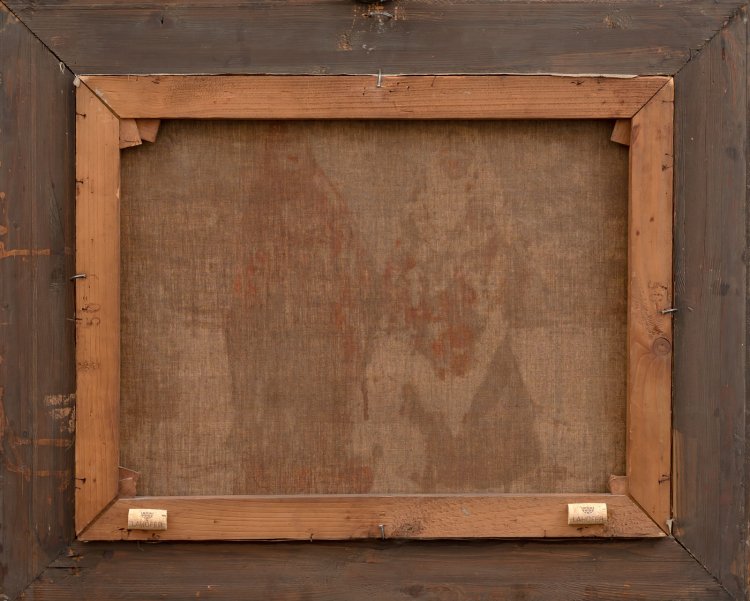