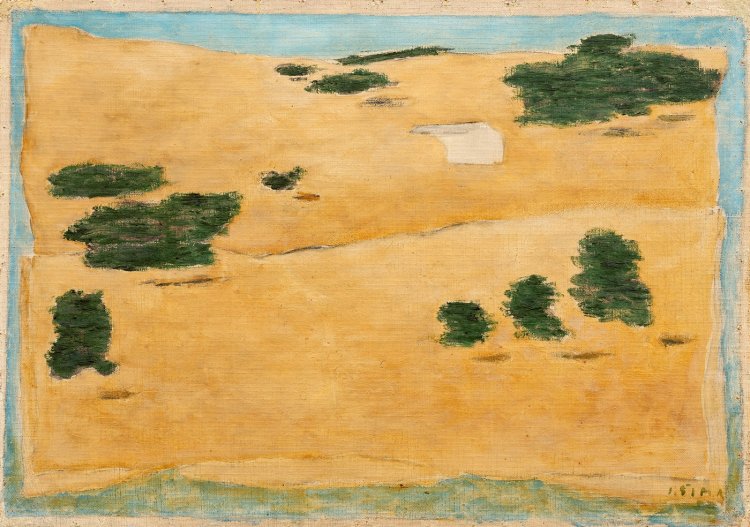 Landscape of Brie I and II

This excellent, highly forceful pair of works is a marvellous example of the author’s exceptional period of work in the early 1950s, in which, after a ten-year hiatus caused by the woes of the war, he was again able to devote himself to painting. Šíma drew on from his past and continued smoothly where he left off. Thus he began mingling the realistic space with abstract and highly imaginative landscapes, which used to be characteristic of his earlier works. These two impressive paintings, part of a series of works inspired by the Brie region (today’s Seine et-Marne), are masterful evidence of this unique transformation and the admirable rebirth of Šíma’s infinite creative genius. They reflect his lifelong love for France, where he lived for most of his life and which almost became home to him, but also his fascination with the landscape at the time, which lodged in his mind and is captured in some of his paintings. In the presented paintings, two flat ice floes floating in a blue surreal space become the ideogram of the earth. According to Josef Šíma, life is born on these islands in silence and emptiness. The real landscape of this region is very similar to the Czech one, yet the painter depicted it as arid land with solitary bushes. Perhaps he remembered the golden fields of late summer and captured them in a lyrical atmosphere as dreamlike scenes, with incredible lightness achieved thanks to his refined brushwork.

The work comes from the possession of Ljuba Veselá and her husband, who were members of Umělecká beseda association in the interwar period. The couple, who left Czechoslovakia after the World War II and eventually settled in the USA, formed a long-standing friendship with Šíma and owned a number of his works. Assessed during consultations by prof. J. Zemina and PhDr. K. Srp. From the attached expertise by PhDr. R. Michalová, Ph.D.: “[…] Šíma does not place any element above the other, the individual elements are in harmony with each other. Therefore, even the colour does not ‘scream’, it is meticulously cultivated, dominated by the ochre of the earth, the dark greenery of the vegetation and the soft blue of the strip of sky surrounding the earth’s ‘plates’. Light spreads evenly over the entire surface of the image – like a fluid, inner energy hidden in matter, triumphing over darkness and bringing hope. Using selected, almost minimalist artistic vehicles, Josef Šíma creates a new poetic reality in this painting, with the aim of restoring the original unity of the world and the human individual, a unity that enables a full emotional and contemplative perception of the world and life. […]” 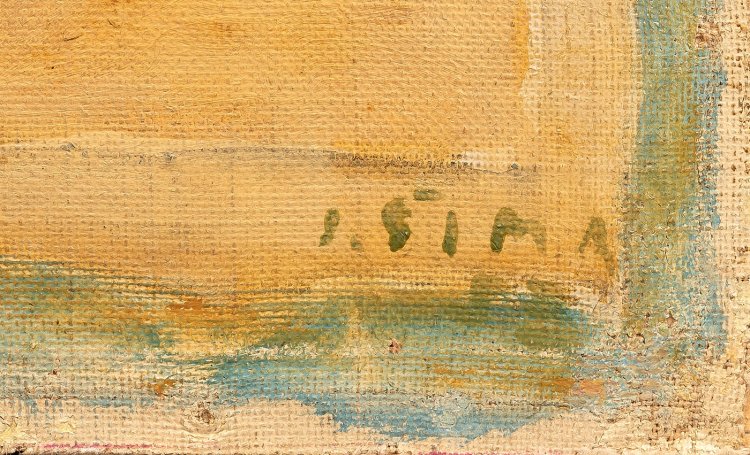 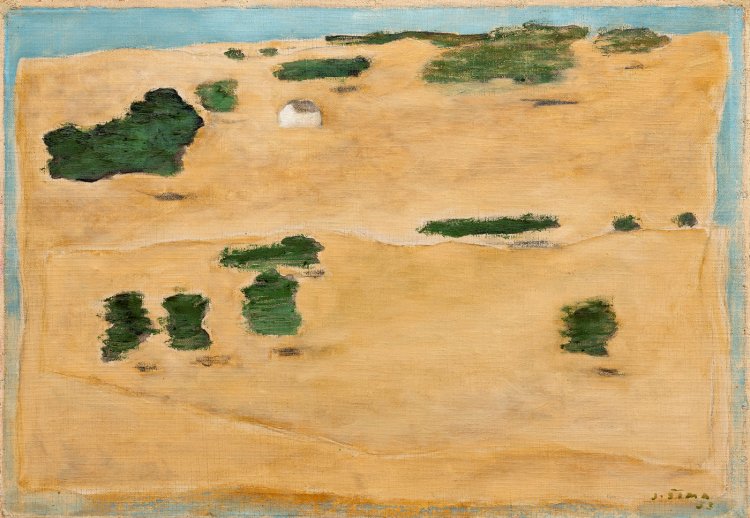