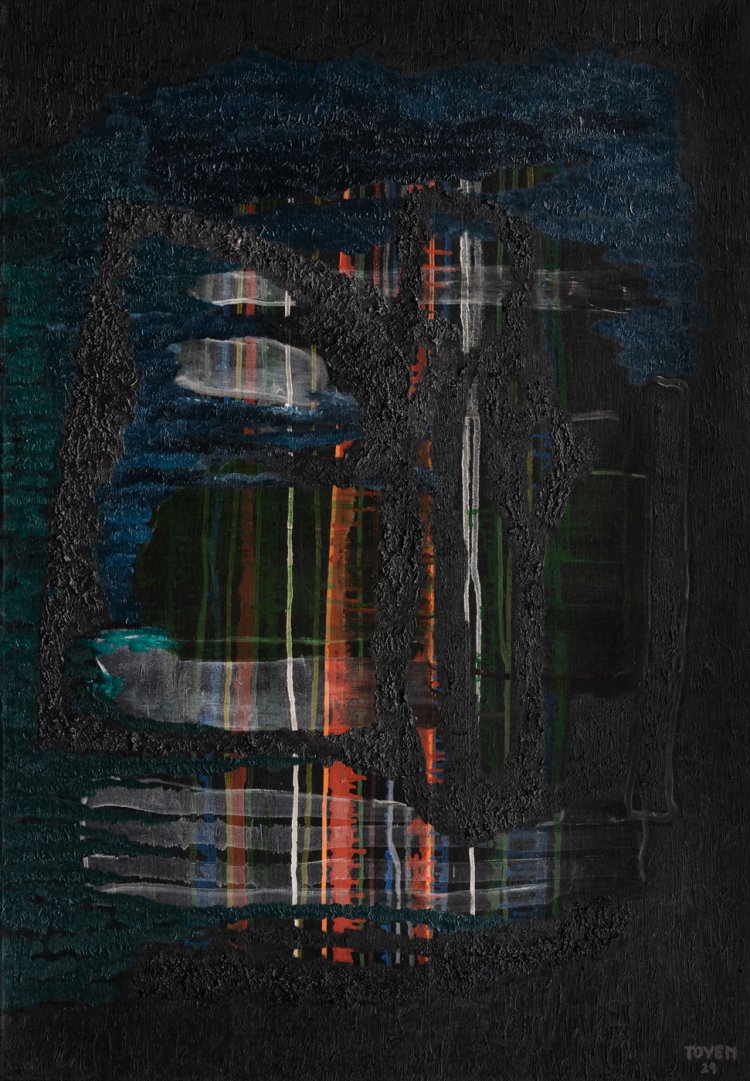 This absolutely exceptional painting, quite unique on the market, is an extraordinary work of indisputable qualities for both galleries and collectors, reaching international significance in the field of the European progressive art scene. This remarkable painting from 1929 is a masterpiece of the author’s Artificialism and the bold artistic approaches that emerged from it, which she successfully used in several works at the time. The work excellently represents the tremendous creative range that Toyen had been able to embrace within a few years. From dematerialised lyrical works permeated by clear figures, she came to a completely contradictory expression through tactile structural painting. Thus she created a completely new phase of Artificialism of her own as a direct response to formal experiments of Jindřich Štyrský. Through a richly layered structural painting, dynamically affected by freely vertically flowing fine coloured lines, the author freed herself from any solid geometric forms or specific determinable shapes. It is absolutely crucial that, with this radical gesture, she anticipated in many ways the technique of “drip painting” and thereby took a significant step forward in the history of world art, probably later followed by Jackson Pollock using the same technique. The darkened scene is based on muted colours, which allows light colour details, drawn vertically and horizontally, to evoke the feeling of falling fireworks lights. The colour gained a character of depth. The theme of the painting, the night celebration, also gave Toyen the opportunity to work very freely with the vehicles of expression. The onlooker is forced to dive into themselves through the scene and search for answers to their innermost questions. In the middle of the pastel dark sky, colours glow and, after blurring, absorb into each other and then into the darkness, as if the onlooker’s gaze at this celestial beauty melts into tears.

The artwork was first presented at the exhibition of Toyen and Jindřich Štyrský in the Aventine Mansard in 1930 (Aventinská mansarda, Prague, cat. no. 10), then in 1931 Toyen gave it to Konstantin Biebl and his wife as a wedding present. After their death, the painting was again on display at a joint exhibition with Štyrský (Moravian Gallery in Brno, 1966) and a year later in Prague’s Mánes (cat. no. 137). It was also widely published, probably for the first time in the monograph Toyen by Rita Bischof (Frankfurt am Main, 1987, fig. 15), but we can also find it in the author’s monograph by Karel Srp (Prague, 2000, fig. 63, p. 71) and in the publication The Magical Age (Magický věk, K. Srp, p. 53). The work comes from an important Czech collector’s family. Assessed during consultations by prof. J. Zemina and PhDr. R. Michalová, Ph.D. From the attached expertise by PhDr. K. Srp: “[...] It is important to us that the painting lies on the edge of abstraction, which brings another dimension into lyrical Artificialism, and that it is based on a sfumato brushwork, brightening the thick applied black at the edges of the painting. It is highly visually impressive, emotional, and significantly artistically beneficial. It can be described as one of the top works by Toyen, next to Twilight in the Rainforest dating from the same year. It shows how deep Toyen could reach in the concept of the relationship between black and other colours. The painting deservedly attracted the attention of viewers during its exhibitions, even abroad, where it was appreciated for its great originality. [...]” 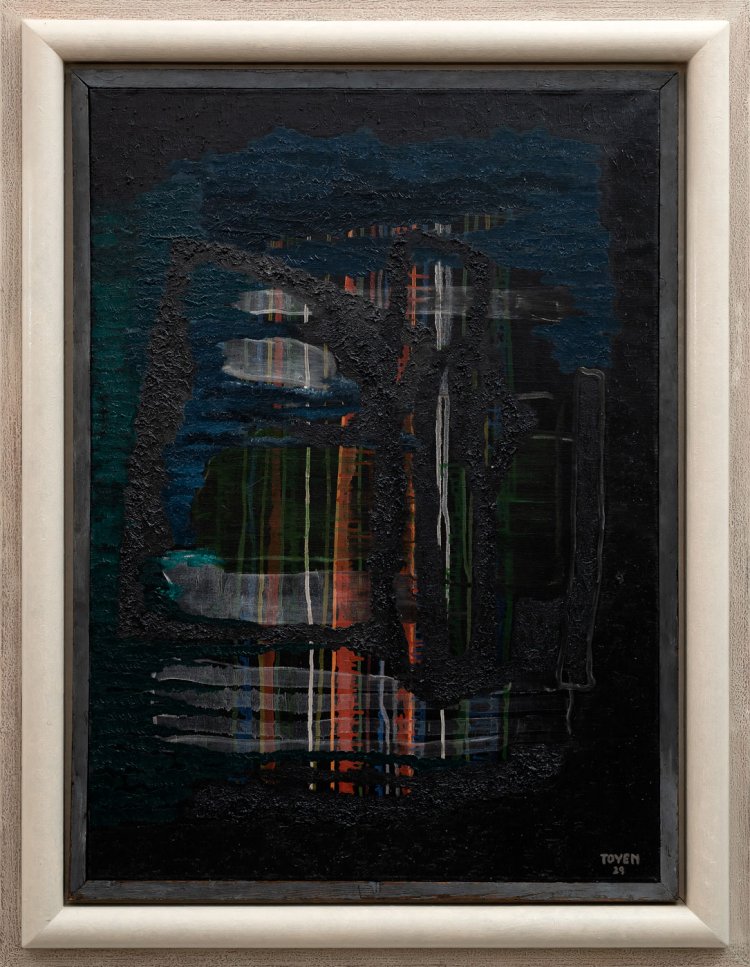 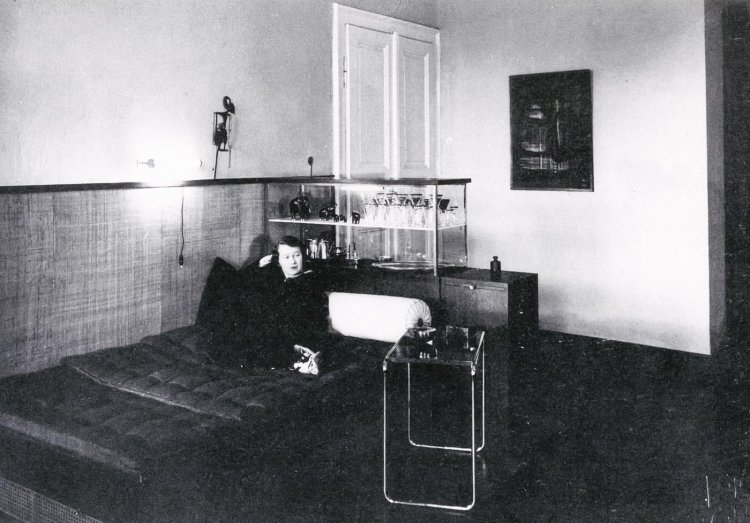