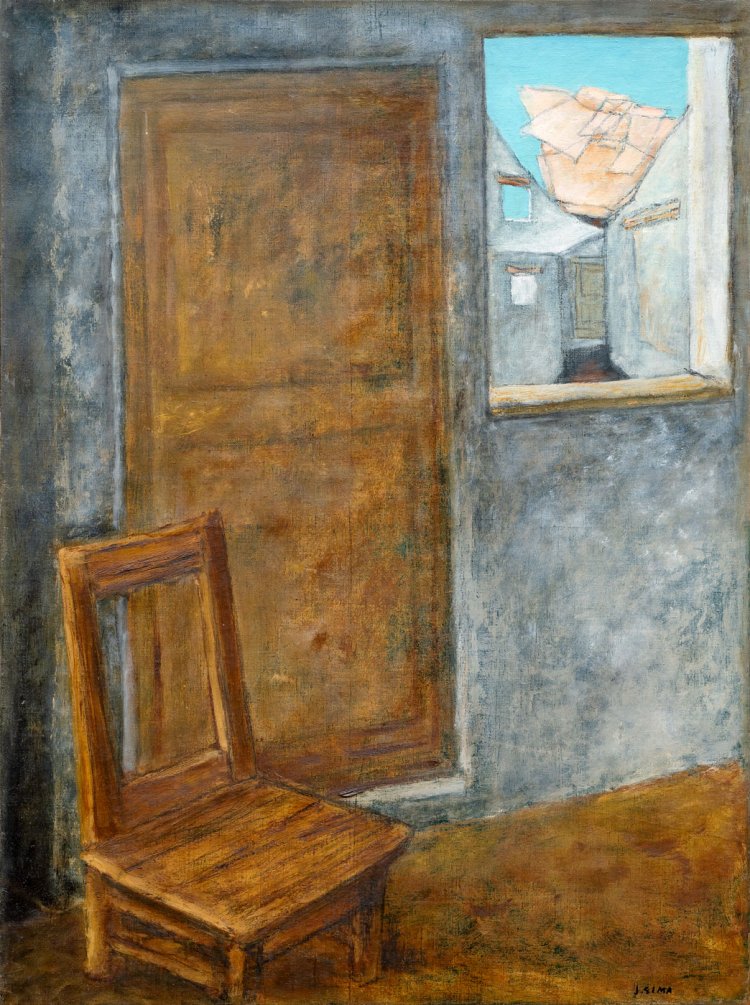 This exceptional work of one of the most prominent Czech artists, Josef Šíma, belongs to so-called second period of his work, which lasted almost twenty years and during which he created works characterised by extraordinary spiritual depth and painterly refinement. After leaving for France in 1920, Šíma quickly established himself in the local environment and, thanks to his still active contacts with homeland, became a sought-after painter in both countries. His partial interest in Surrealism resulted in a deeply spiritual contents and a symbolic dimension of the themes. Frightfulness of the World War II deprived him of his desire to create for almost a decade, and the post-war situation in Czechoslovakia also, to a certain extent, closed off his opportunities to become involved as an artist there. It was not until 1949, when he finally decided to fully return to painting and began to work on some of the previous themes, independent of contemporary trends. In the motifs of his paintings, he kept returning to the past of his childhood and adolescence in Bohemia and Moravia as well as to the French landscape, which he fell in love with during his happy times in the interwar period.

In the presented artwork, Šíma returns to Nice where he stayed with his family during the World War II. He captured a real, not imaginary place here, which can be seen as an almost immediate memory of his, as it is one of his very first post-war paintings. It reflects not only the anxiety of the insularism in the war times, depicted in an inhospitable interior, but above all a great hope of a chance of self-liberation. At first glance, it may seem that no way out of the room exists; the door has no handle. Yet there is one option: a window without a frame. Significantly for this author’s works, (especially the later ones), we can find the alignment of the “divine plans” in the world behind the locked door, however inaccurate this term is. It is worth mentioning that Šíma was particularly obsessed with this subject matter in the post-war period, depicted repeatedly in his cycle on Orpheus, in which the mythical Orpheus’ gate opens the way from the Underworld to regaining life. It is possible that this painting is the first work of the author’s long-lasting interest in the Orpheus narrative.

This work is highly attractive also due to its provenance from the estate of Josef Šíma and eventually from the estate of Nadine Šímová. Until 1999, the work belonged to the collection of Aline Brumlíková, the adoptive daughter of Josef Šíma and Nadine Šímová. Subsequently it belonged to the Le Point Cardinal Gallery collecion, Paris, and a private collection in France (until 2013). Assessed during consultations by PhDr. K. Srp and Pavel Chalupa. From the attached expertise by PhDr. R. Michalová, Ph.D.: “[…] In his second great creative period, Šíma returned to himself; to a source that was once experienced and created, but nevertheless provided him with new painter’s and artistic ideas heading towards the spiritual dimension. […]” 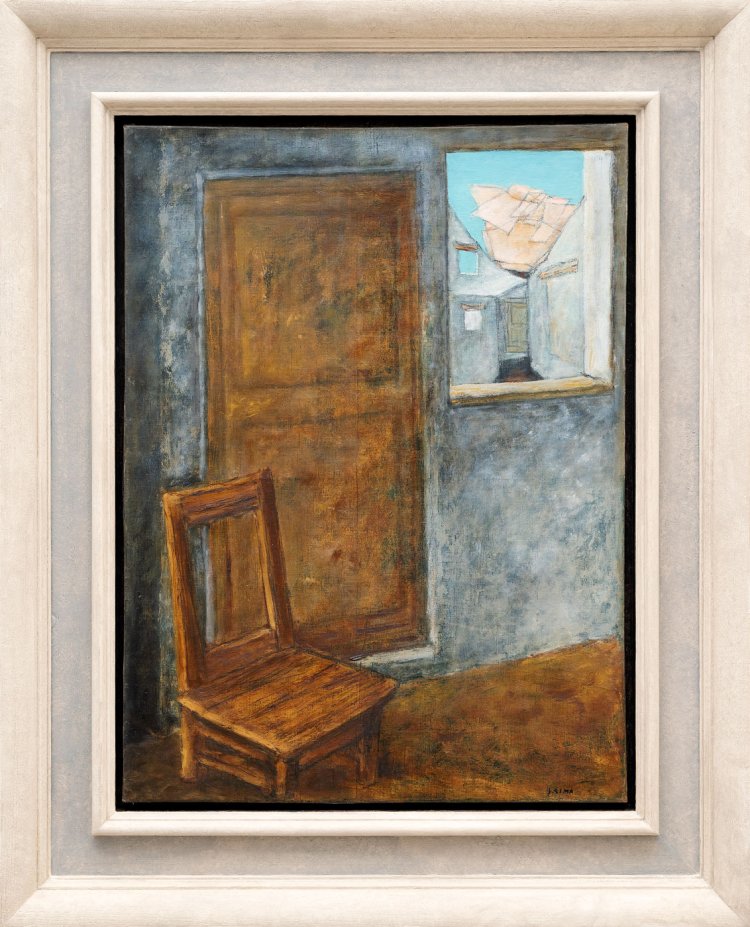 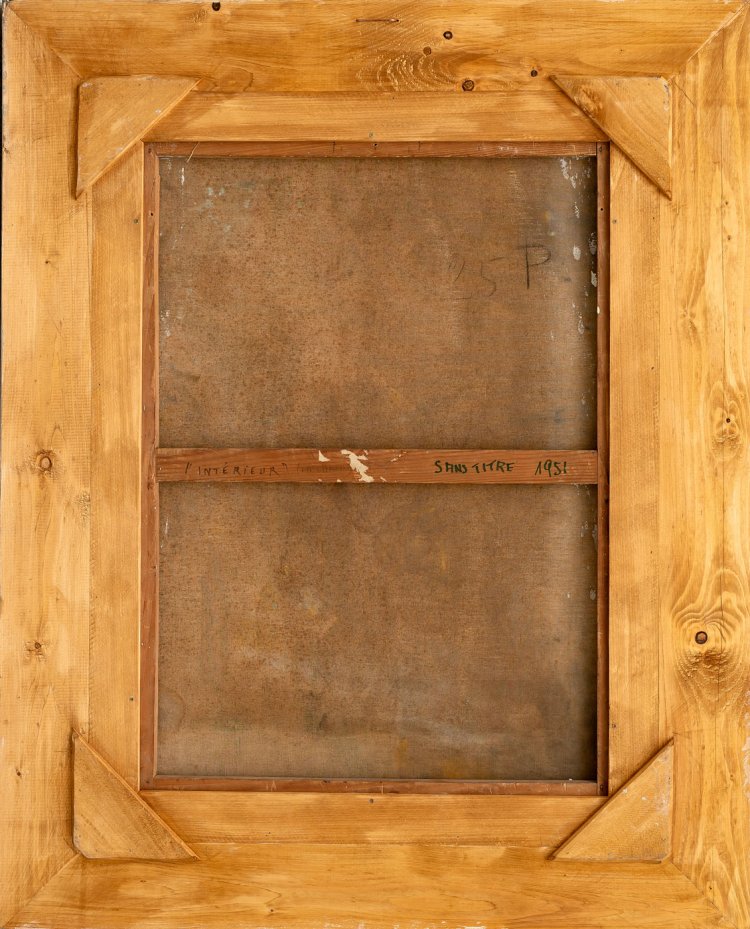