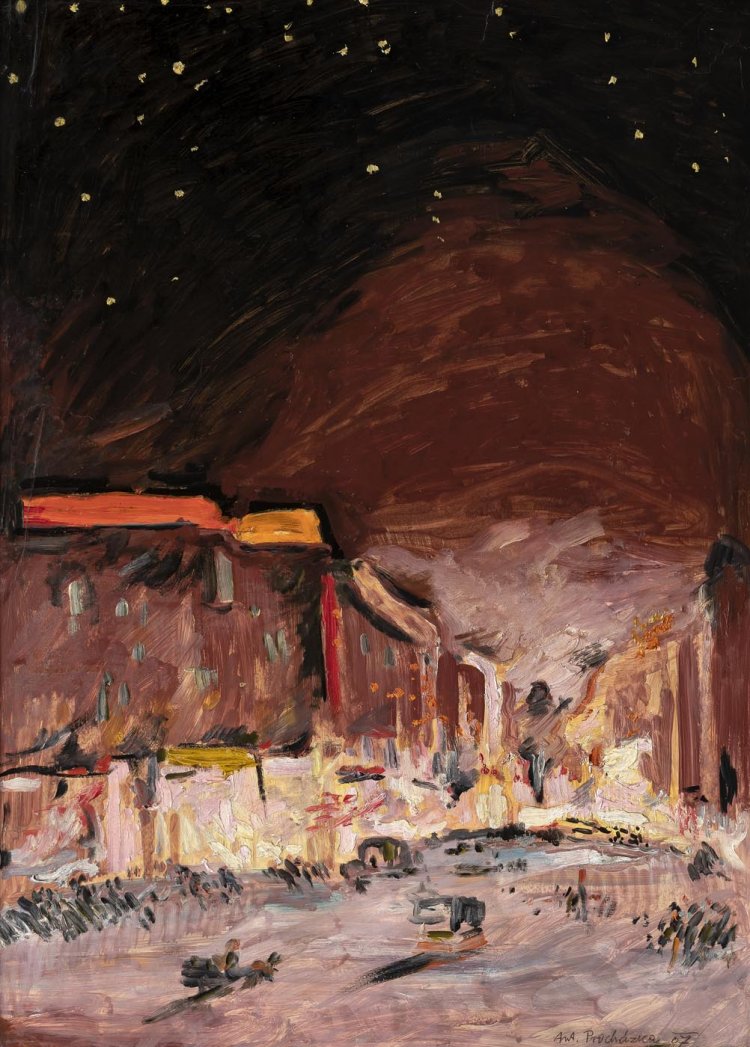 This painting is an extraordinary example of Antonín Procházka’s early work, rarely appearing on the art market. It proves in a unique way the power of his creativity, noticeable already in this period of his work, as well as his mastery in oil painting. Procházka was a peer and a close friend of Emil Filla. When they finished their studies, they set out together on a journey to learn about European art, and both joined the artistic group Osma after their return. Influenced by the environment, Procházka’s artistic style was gradually absorbing features of Expressionism and Fauvism. The presented painting Paris Square in Berlin belongs to the period of Procházka’s work in which he synthesised art styles and tendencies experienced during his journeys, especially during his residence in Berlin between 1907 and 1908, and which culminated in his paintings of that time directly heading towards abstraction.

This beautiful, highly modern painting perfectly depicts the atmosphere of one of Berlin’s most famous squares by the Brandenburg Gate, captured via shaping the light. Above the glowing houses flanking the square floats a light haze, forming the whole scene into an enclosed space. In contrast, the darkening sky above the city is softly lit up by yellow stars. This unique and, from a collector’s and art-historical point of view, extremely valuable artwork proves how suggestively the artist was able to work in painting. It also demonstrates how the work he created could be highly modern and almost monumental, using precisely built-up composition and even impressionist brushwork.

The painting was presented at almost all of the author’s major exhibitions, for example Procházka’s solo exhibition in Prague’s Mánes (1923, cat. no. 1) and his retrospective exhibition in 1934 (S.V.U. Mánes, cat. no. 18). At that time, it already belonged to a private collection, from which it continued to be lent, among others, for another retrospective exhibition in 2002 (Brno City Museum and Moravian Gallery in Brno, reprised in the Municipal House in Prague, 2002–2003, p. 25). The painting has also been published in the author’s monograph (A. Kutal, Prague 1959, fig. no. 11) and mentioned in the list of Procházka’s paintings (M. Macharáčková, p. 304, fig. no. 49). Assessed during consultations by prof. J. Zemina and Ing. V. Bartoš. From the attached expertise by PhDr. K. Srp: “[…] Although the painting is usually classified as Expressionist, its conception refers rather to the author’s early interests, based mainly on emotionally re-evaluated Impressionism, transforming sensory perceptions into immediate psychological shortcuts which are apparent from dark, short brushstrokes embodying human figures and street traffic. […]” 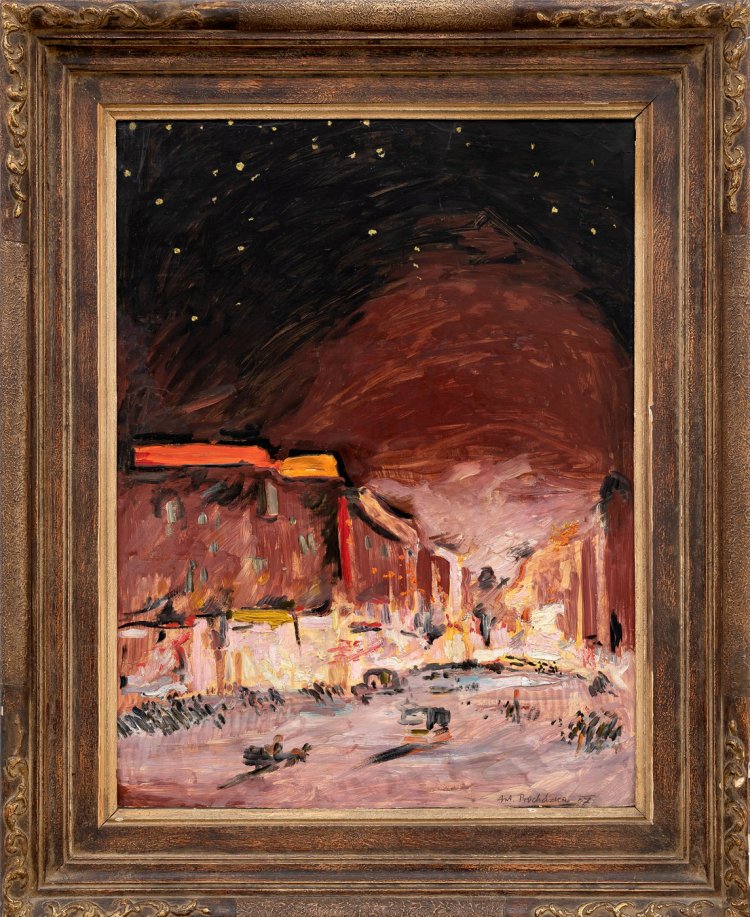 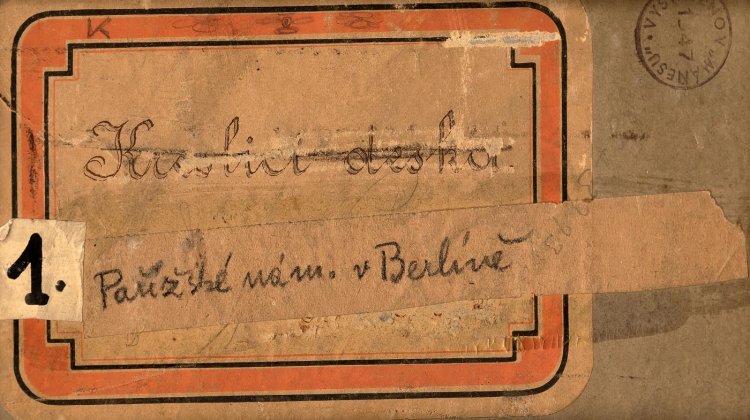