This excellent and extremely rare painting by one of our most prominent artists, Jan Zrzavý, is an example of the utter virtuosity as well as the immense freshness that he was able to render in his works. The author, who often and gladly returned to several popular subject matters, captured boats swaying calmly on the water surface countless times. He first saw them in his beloved Brittany and the scenes with barges with wooden sides washed by the salty sea waters turned into an expression of calm, joy, and silent, balanced beauty to him. Nevertheless, he always managed to approach the topic in a completely new way regarding the technique of painting, the colour concept, and the play of outlines and shadows. The presented painting is made in tempera, yet it reaches an unexpected brightness – not only because of the vivid colours, but mainly thanks to the work with light, when the shapes of abandoned barges are unrealistically modelled with a white shade, whilst the shadow cast by the barges together with the contrasting sharp rocks is black. Even the sea towards the horizon shows up white, perhaps under the glow of four bright clouds in the sky. The work is also very sophisticated in terms of brushwork. The short strokes made by an almost impressionist technique impart the coastal scenery a shivery expression. Because of a different rendering, the three ships in the foreground are significantly dominant.

The artwork was exhibited at the fundamental and highly acclaimed exhibition Work 1907–1962 (Dílo 1907–1962), which took place in Prague’s Mánes and subsequently in Bratislava and Brno (cat. no. 10). It is also captured in a documentary photograph from the artist’s atelier, published in the Catalogue of Unknown Works by Jan Zrzavý (Katalog neznámých prací Jana Zrzavého; AAA Antiquities, 1999, fig. 110). It was exhibited in the Museum Kampa (Jan Zrzavý of the Private Collections, 2019, p. 98). Assessed during consultations by prof. J. Zemina and Ak. mal. rest. Z. Gromannová. From the attached expertise by PhDr. K. Srp: “[…] His work got its second wind. It gained a new atmosphere, became even more ethereal, traces of wistfulness disappeared, whilst mainly very spontaneous, relaxed feelings remained, which revealed another aspect of the author’s subjectivity. Joyful Boats depict a scene that Zrzavý could already paint by heart, and yet it gained via the technical rendering a significant spiritual reassessment. Light became a source of life and sensuality to him. […]” 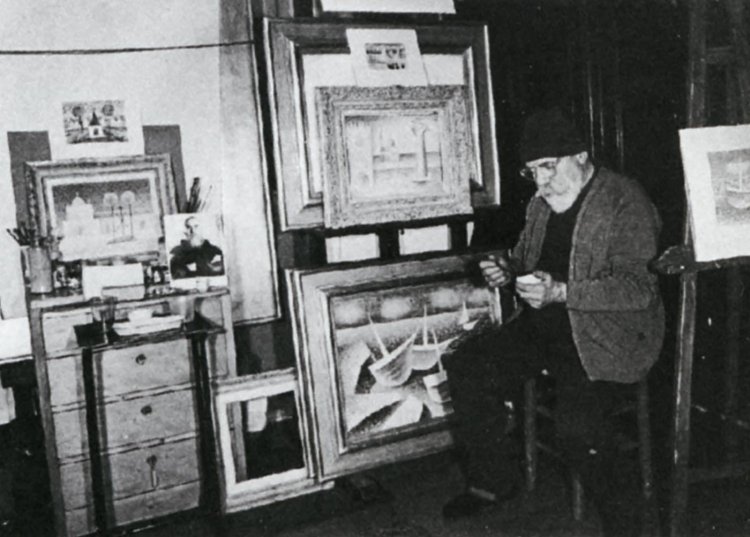 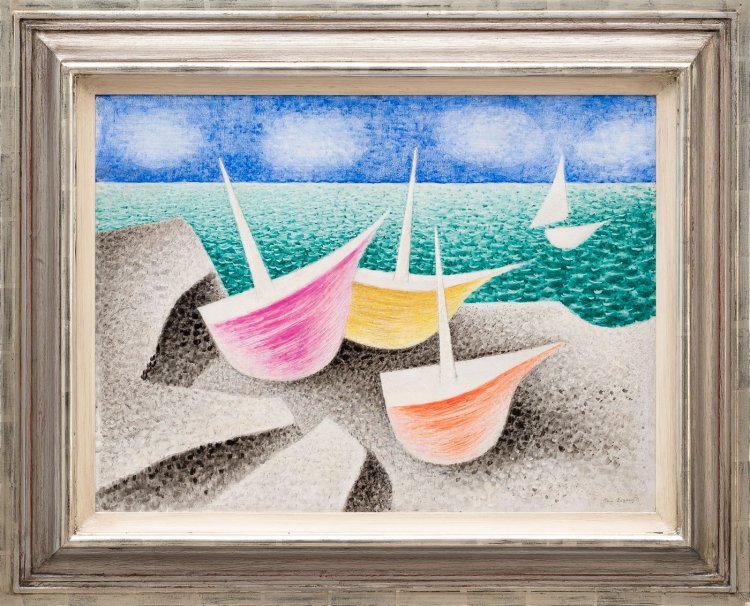