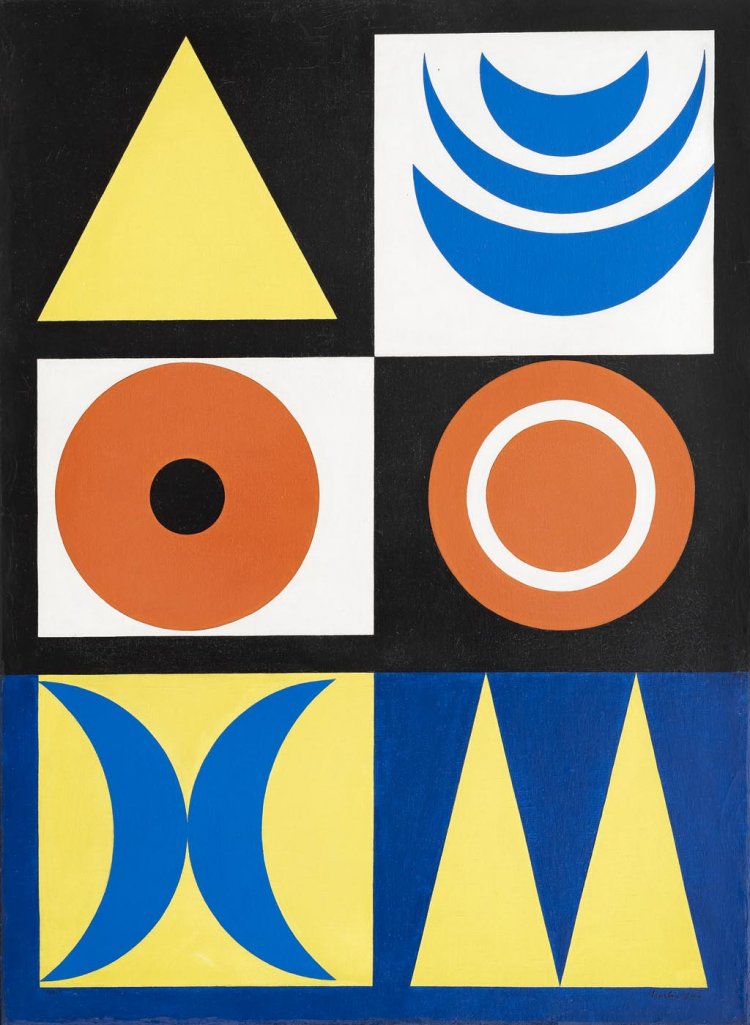 A beautiful and, for the Czech art market, very rare example of the work of August Herbin, a French artist, who became famous mostly as an author of abstract paintings based on colourful geometric figures. First, he went through all the major movements of modern painting, from Fauvism through Expressionism and Cubism to Surrealist tendencies. The crucial turning point came in the 1940s. In early 1942, Herbin developed an artistic language of form and colour, which he called “alphabetplastique”. His paintings began to be increasingly based on compositions of triangles, circles, and rectangles. At the same time, he became one of the founders of the group Abstraction-Création, promoting non-figurative abstract art, of which he himself was one of the most distinctive representatives. The presented painting is a wonderful work clear in expression, which can be seen as a result of the author’s long development towards geometric forms, which in their simplicity speak profoundly to the beholder. The artistic language Herbin achieved is incredibly timeless and eternal.

The artwork was reproduced in Art d’aujourd’hui (Paris, October 1951, cat. no. 8) and in Herbin’s Catalogue raisonné (Paris, 1993, cat. no. 840, fig. 428). In 2019, it was exhibited at Sotheby’s, New York. Assessed during consultations by prof. J. Zemina and prof. M. Klimešová. From the attached expertise by PhDr. K. Srp: “[…] The painting comes from a period when Herbin worked on his fundamental theoretical work, L´art non-figuratif non-objectif (ed. Lydia Conti), published in 1949, taking up Goethe’s theory on colours, and also cooperated with the most important Paris gallery at the time, Denise René. Herbin emphasised the spiritual importance of the form, as can be seen on the painting Sea I, composed of six squares of individual meanings, filled with triangles, circles, and sectors of circles, which in their clear geometric form can be perceived as characters, synthesising natural forms in themselves. Herbin was passionate about the proportions, especially the relationship between a plane and a shape, and thus found himself at the same time on the opposite side of abstraction, belonging to the Concrete Art that Theo Van Doesburg came up with in the late 1920s.[…]” 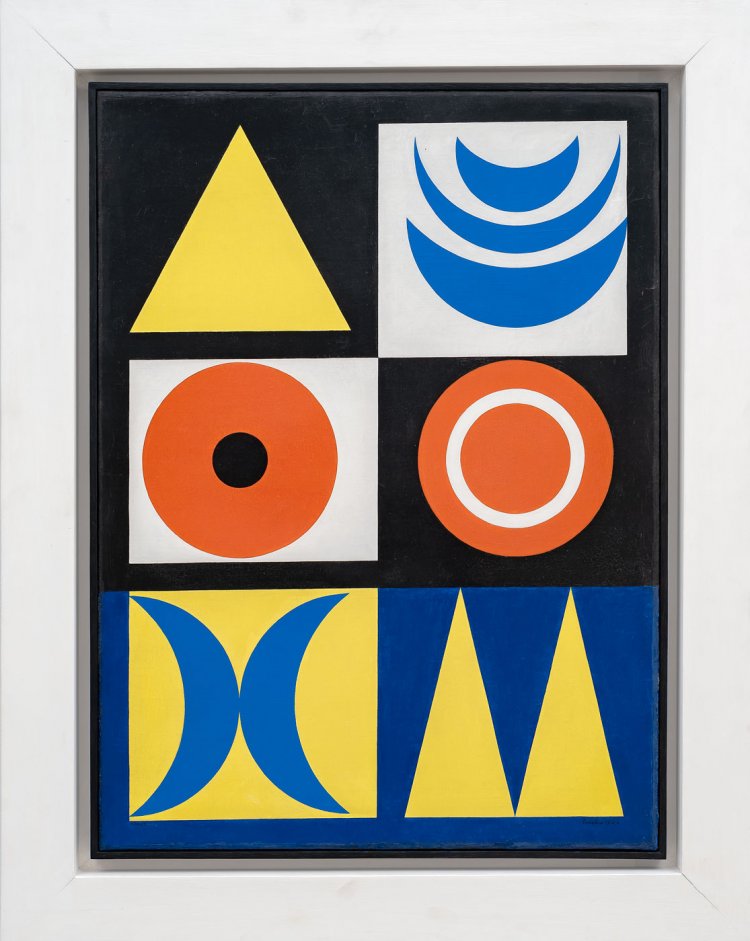