Still Life with Fish and Lemon

This distinctive, sensually refined painting of a diverse colour scheme summarises many characteristic features of the developed style of the extremely strong creative personality, painter, sculptor, graphic artist, and art theorist Emil Filla. Instead of sharply cut cubic volumes, Filla applied in his post-war work a much more relaxed expression of the outlines, dealing freely with the space and brightening the colour palette, which went as far as the modern concept of expressive realism. He remained devoted to the discipline of still life that, in his eyes, never turned into banal scenes without content. On the contrary, under the touch of his brush, each subject seemed to reveal an infinite number of ways of its artistic rendering and new, unexpected points of view.

In this still life, Filla presented to the beholder characteristic motifs from his repertoire, but unexpectedly viewed from above, thanks to which he had substantially flattened the entire scene, instead giving the full attention to the structure of the painting. This enabled him not only to open the rich and compact contents of the set table, on which the individual objects do not intersect and their individuality is preserved, but also to avoid the Cubist compression of pictorial space. This time, the composition is built on three basic elements on the display: a fruit bowl, a glass, and a plate with a fish and a lemon. As if Filla intended to evoke the perception of taste, he chose attractive, very sophisticated and expressive colours based on the contrasts between the purple background, juicy red, and bold green and yellow. Plasticity and volume are increased by using strong black and white outlines, representing something between the contour and the shadow, which became his favourite element after the war. The fragility and intimacy of the scene is emphasised by the decorative imprint of a lace into the still wet colour. The panoramic format resonates not only with his masterful landscapes from the surroundings of the Central Bohemian Highlands, but also resembles photographs by Josef Sudek, who repeatedly visited Filla as a friend at the chateau in Peruc, where the artist mostly lived and worked after February 1948. This still life confirms the high quality of Filla’s late period of work. It also proves that the artist recovered enough after returning from a concentration camp, so that a large part of his post-war, highly impressive oil paintings is distinguished by extraordinary originality containing a unique breadth of expression and depth of thought.

Later framing. The authenticity of the painting was verified by the Filla Foundation and it will be listed in the inventory of the artist’s artwork by prof. PhDr. V. Lahoda, CSc. Assessed during consultations by Mgr. T. Donné and PhDr. R. Michalová, Ph.D. From the attached expertise by PhDr. K. Srp: “[…] This still life is one of Filla’s late oil paintings and a great example of his final period of work, preceding the drawings of Central Bohemian Highlands. […]“ 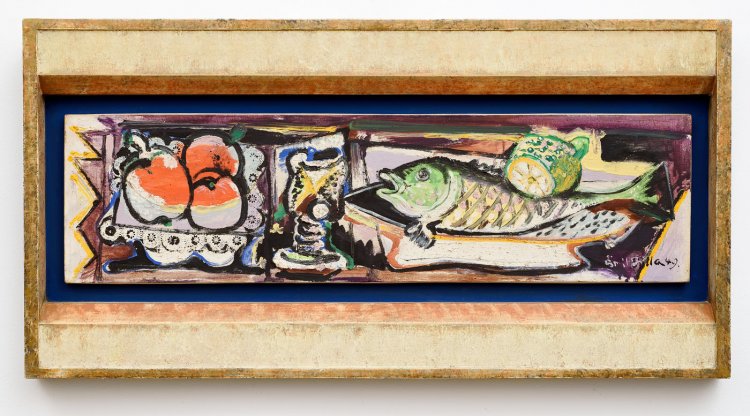 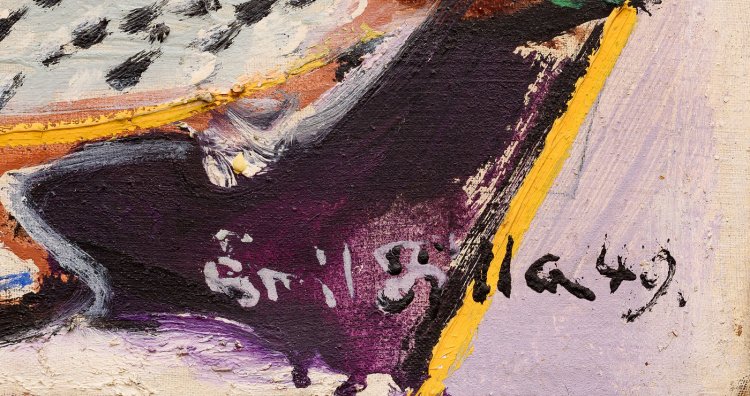