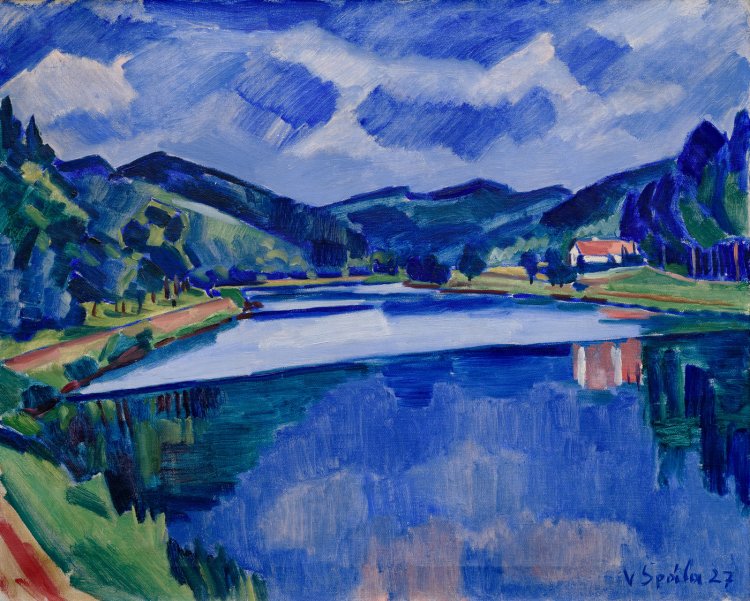 On the Vltava River

This exceptional and sovereign painting foreshadows Špála’s most important and at the same time most valued period from 1928–1929. It is dated as 1927, when Špála fell in love with the water surface of the South Bohemian rivers and developed his typical brushwork, which he later used to capture the water surface in the peak, so called “blue period” of his work. He drew inspiration for most of his landscapes executed in the years 1927–1929 from southern Bohemia, where two of the most beautiful Czech rivers join nearby Písek. This region was attractive for many prominent artists of the time, such as Adolf Hejduk, Fráňa Šrámek, who was Špála’s friend, August Sedláček, and Otakar Ševčík. However, Špála repeatedly returned to the Písek region mainly at the invitation of a local architect Jiří Kodl, likely from as early as 1924.

In 1927, when the painting On the Vltava River was executed, Špála was already an acclaimed painter who had gained a solid place in Czech modern art, which was not easy. During his academic years, Špála, with his opinions and artistic expression, went beyond the paintings of his professors V. Bukovac and F. Thiele, as well as his contemporaries, who eventually, due to the direct disapproval of Emil Filla, did not invite him to join their newly formed group, Osma. However, it was his uniqueness and sovereignty that later proved to be very valuable and gave him a leading place in the history of modern art. Špála himself felt like a European in his time and in his text “Something about Tradition in Art”, published in Volné směry, he encouraged others not to overly focus on French or German art, but rather to explore their own Czech culture, which he considered equal to that of other nations. This way, he uniquely and distinctively contributed to Czech art history, which is capable of withstanding an international confrontation. Špála’s characteristic brushwork, monochrome selection of colours, and original method of work are considered over time to be one of the most valuable legacies of Czech modern painting. The artwork On the Vltava River represents a completely unique work, rarely occurring on the art market, which undoubtedly proves that it was exactly the landscapes in which this artist found the maturity and depth of his very own painting style.

The painting is entitled The Storm on the Otava River on the stretcher, and as such it was exhibited several times (Václav Špála, Výtvarné Hlinecko, Hlinsko, Summer 1975 (cat. no. 52), Václav Špála, Regional Gallery in Jičín, 8. 5. – 20. 6. 1976 (cat. no. 50); the National Gallery also loaned it out in the 1970s to various international exhibitions of Czech modern art, such as in Budapest). However, according to the number inscribed on the stretcher, it can be determined today that this title belonged to a different painting, which Špála mentioned in the list of his own work (ed. Eduard Burget, Roman Musil, Prague 2002, p. 55): “III 1927 oil 281 Vltava between Blažej [family house] and the bridge, at the back a hill, a house”. It was first owned by an important collector from Mladá Boleslav, JUDr. A. Kornell, who had in his collection, among other works, paintings by Kubišta and Štyrský. Later the artwork belonged to another famous collection of Dr. J. Borovička. Assessed during consultations by PhDr J. Machalický a prof. J. Zemina. From the attached expertise by PhDr. K. Srp: “[…] This painting captures the distinctive motif of a wide weir, clearly dividing the painting into two parts, which allowed Špála to develop the rich brushwork he used to depict water. Connoisseurs of his work will certainly notice that under the weir he applied the kind of brushwork which he had used a year earlier on his paintings from Marseille, whilst above the weir he had already developed the typical brushwork of his blue period, which he had just mastered for the depiction of Vltava in 1927. […]” The expertise of PhDr. M. Kodl is attached as well. 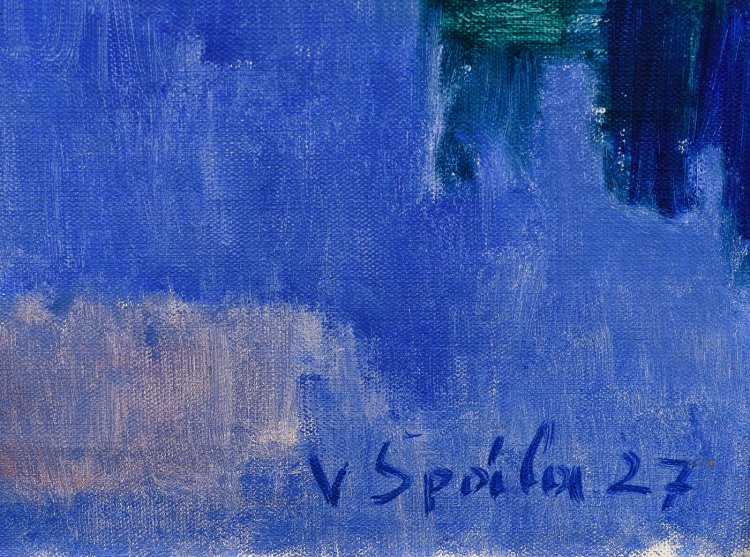 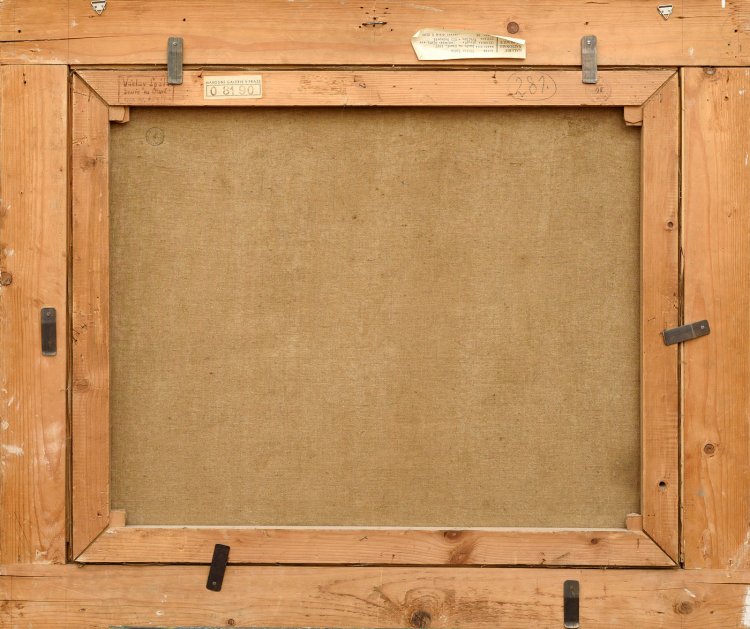 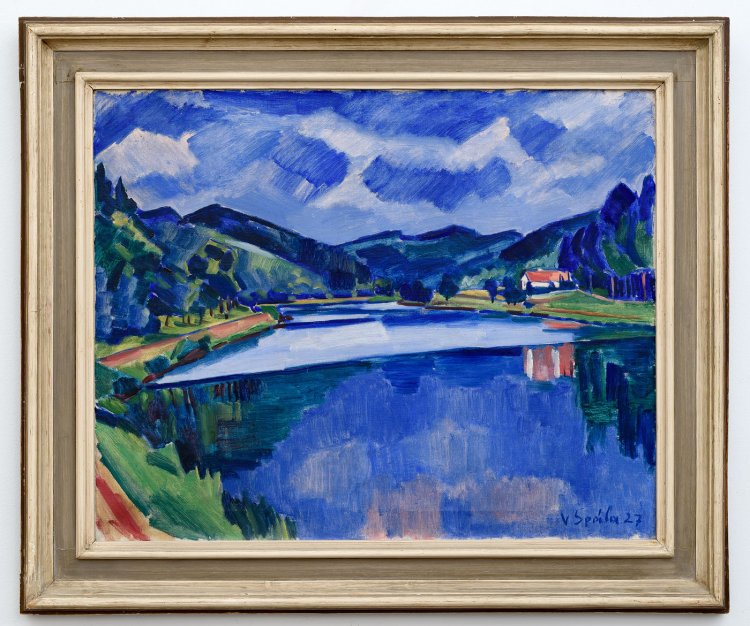