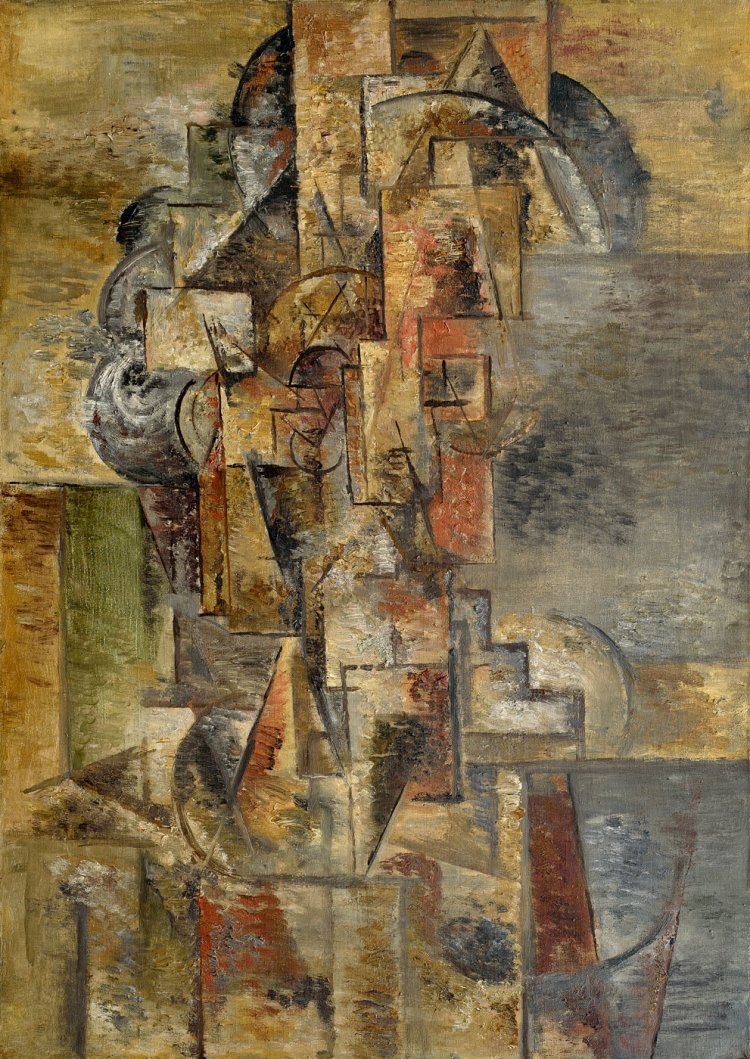 Head of an Old Man

This masterpiece entitled Head of an Old Man, which represents a very rare opportunity on the art market, comes from Filla’s Dutch and at the same time highly Cubist period. It also proves the artist’s unwavering creative enthusiasm, which did not leave him even in a time of existential hardship. In 1914, he and his wife had to move with dispatch from Paris to Rotterdam under dramatic circumstances related to the beginning of the First World War. Despite the forced departure and discomfort, Filla continued to work hard, following up on his Parisian Cubist experience. He was especially influenced by both Picasso’s and Braque’s Cubism, with which he deepened his relationship as early as 1911 thanks to close contact with Czech politician and passionate collector Vincenc Kramář, with whom he travelled to Vienna to study the originals of Picasso’s and Braque’s works. It was the contact with the collection of Vincenc Kramář and the subsequent visit to Paris that contributed to the transformation of Filla’s range of vehicles of expression and, quite possibly, to the revision of his previous theoretical opinions. As evidenced by his personal notes, the painting Head of an Old Man was executed at a time when he was intensely involved not only in painting, but also in philosophy and aesthetics. In an extensive philosophical essay entitled “The Path of Creativity”, written also during his Dutch residence (specifically in 1916–1917), Filla rejects his view from earlier years concerning the relation of a subject to its surrounding reality. Whilst the pre-war Filla had considered the world only an illusion in the spirit of Arthur Schopenhauer, he now acknowledged the phenomenal legitimacy of reality under the influence of Henri Bergson’s vitalism. As insignificant as this change of opinion may seem, it is exactly the redirection from pessimism towards vitalism that led Filla to affirm himself in the use of Cubist morphology. In Head of an Old Man, we can see this change of form and expression as well as his enthusiasm for Picasso, namely his painting The Poet from 1912 which the presented artwork is ideologically based on. To some extent, we can also find some distinctive steps in this artwork that led him to his own understanding of Cubist morphology, which later resulted in a very original expression of his, indisputably gaining him a place on the pedestal of Czech modern art. Unlike Picasso’s modular way of depicting a face, Filla’s portrait seems relatively compact, almost as if the artist, rather than composing the portrait of the individual head parts, directly examined the attributes of the matter of which the face is made. This is emphasised by more expressive vibrating brushwork, which allusively appears in the whole painting and again demonstrates Filla’s new philosophical inspiration in Henri Bergson’s vitalism.

This painting represents a fundamental piece of the puzzle in understanding the development of Filla’s distinctive Cubist style. This is also proved by the fact that the artist himself selected it for an important retrospective exhibition of his work, which took place in Mánes, Prague, in May 1932 (cat. no. 66). The painting is listed in the inventory of Filla’s work of the Dutch period by Vlastimil Jiřík (stored in the library of the National Gallery in Prague). It was exhibited, among others, at Emil Filla’s exhibition focused on his Dutch period (Regional Gallery in Liberec, Regional Gallery in Litoměřice, 1967, cat. no. 11) and at the exhibition The World of Emil Filla, Old Town Hall, Prague, 10. 9. – 15. 11. 1987 (cat. no. 42). For a long time, it was temporarily owned by and exhibited in the permanent collection of the Olomouc Museum of Art (inv. no. O 1049). It was reproduced in colour in the book Vojtěch Lahoda, Emil Filla, Academia, Prague 2007, p. 172, fig. 152. The work originally comes from the famous collection of Dr. J. Borovička. Assessed during consultations by Mgr. T. Donné and prof. J. Zemina. From the attached expertise by PhDr. K. Srp: “[…] The directions of Filla’s lines, expressing a new relationship to space, orthogonal and diagonal lines, and fragments of the circles from which the face is built, as well as wavy hair around the head, can be observed in breathless suspense. Filla worked with an open volume, with the intersection and permeation of individual elementary fractions defining the space. It is clear from the depiction that he primarily had in mind the entirety; he focused on the motif as such, which he assembled from individual elements and the relationships arising between them, thus creating a significant compositional tension. […]“ 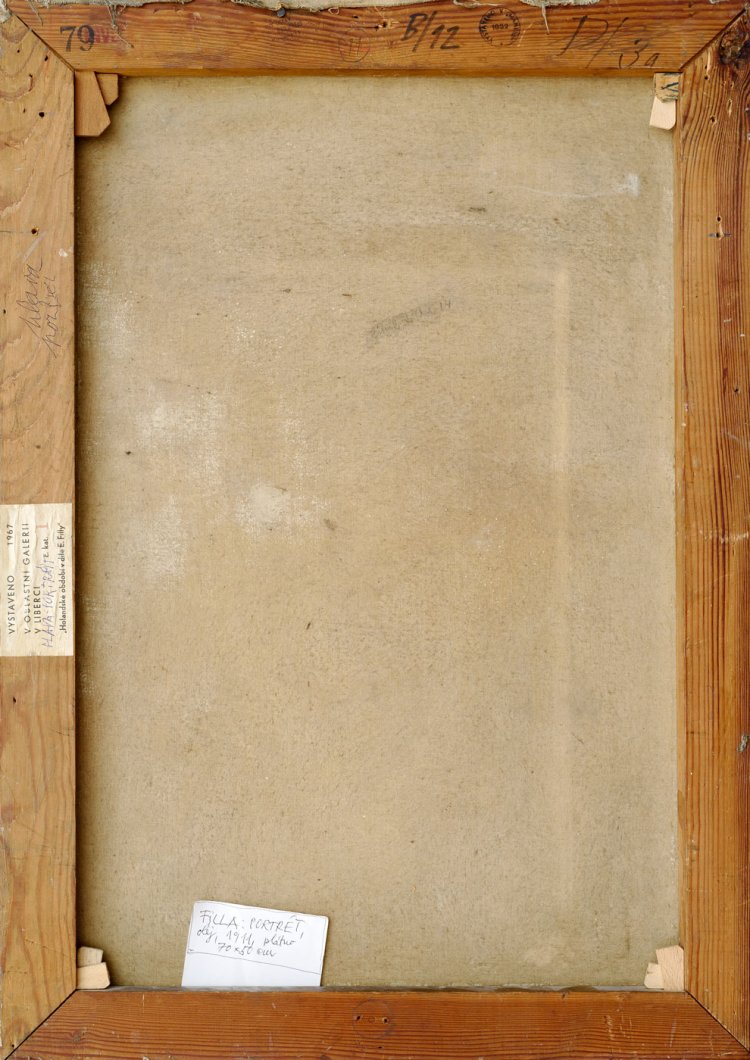