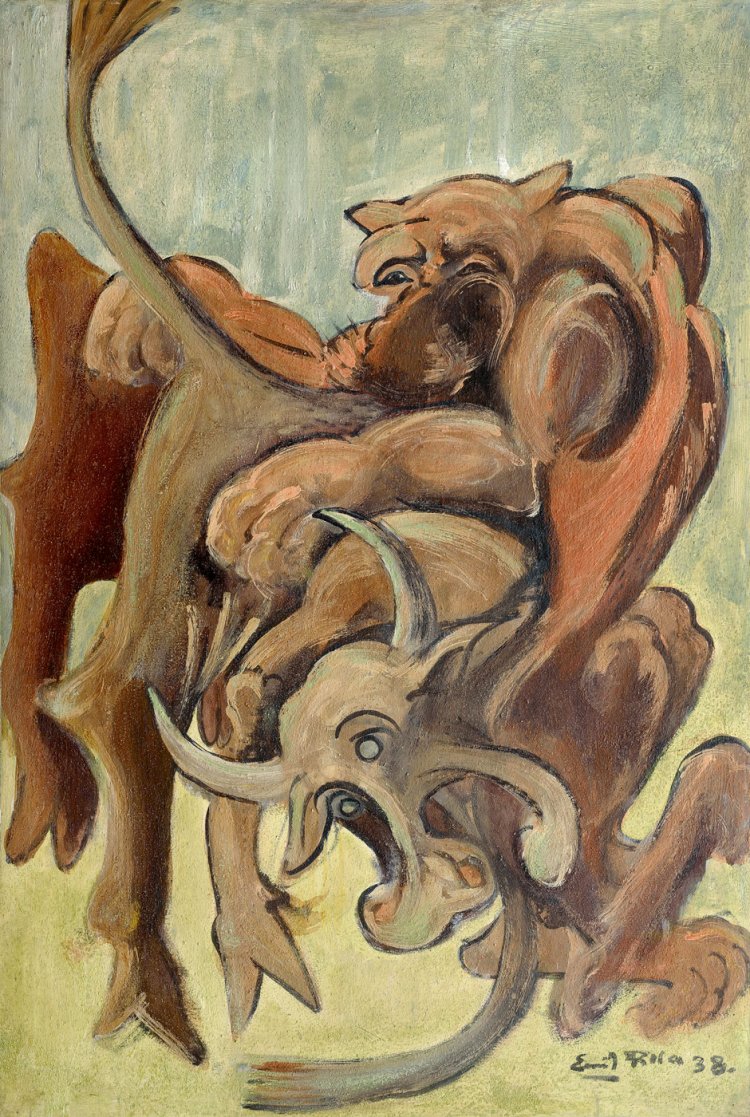 This masterfully executed work dates back to just before the Second World War and it shows in many ways the artist’s dashing skilfulness in brushwork as well as his ability to express the essence of shapes using reduced vehicles of expression. We consider this painting one of the most distinctive within his artistic development, standing at the beginning of one of the most dramatic periods of his work. The large, vertical format depiction of the encounter of two animals comes under his series Fights and Struggles, which he started in 1936 and to which he became fully devoted in the years 1937–1938. The fundamental subject-matter is the allegory of assault and subsequent destruction, in which the stronger and more ferocious attacker wins and the result of which is predetermined, even if a lion or tiger encounters a similarly large mammal, such as a bull. Filla’s interest in the iconography of animal warfare had traditionally been linked to fears of a crisis of European humanism and the rise of fascism in Europe. However, his interest in this issue was also closely related to the archaeology of Central Asia, with which he had been dealing since the early 1930s, especially with motifs derived from the art of nomads. Filla sought to prove that nations whose identities were questioned at the time by other, usually larger and stronger states, may also have had a cultural tradition that legitimised their own existence within stronger powers and entities.

Significantly, it was in the immediate vicinity of the impending war that Filla gave vent to his temperament and spontaneity, adding to his work extraordinary emotional value. In this monumental composition, everything is focused only on the given subject-matter; the undisturbed attention is paid to the tout ensemble and the painting speaks for itself, mainly via the dynamic tension of lines and shapes. The empty background, in front of which the struggle for life and death takes place, emphasises the contrast of massive, clinched bodies, the menacing claws of the beast, and the soaring bull with a painfully twisted head and frightened eyes. Filla selected The Fight for his exhibition Emil Filla, Obrazy a kresby dosud nevystavené z let 1938–1939 [Paintings and Drawings not yet Exhibited from 1938–1939], SVU Mánes, Prague, 20. 7. – 2. 9. 1945, cat. no. 11. This exhibition was subsequently transferred to the Moravian Museum in Brno, SVU Aleš, 24. 10. – 15. 11. 1945, cat. no. 9. The painting was deposited in the National Gallery in Prague under the inventory number O 8148. On the reverse, there is a stamp of the National Gallery in Prague stating that it was exhibited in Malmö, but it is not listed in the catalogue of this exhibition (Filla, Gutfreund, Kupka och Tjeckisk Kubism, 1907–1927, Konsthall Malmö, 17. 12. 1982 – 6. 3. 1983); it may have been on loan off the catalogue record.

This rare work originally comes from the famous collection of Dr. J. Borovička. Its authenticity was verified by the Filla Foundation and it will be listed in the inventory of the artist’s artwork by prof. PhDr. V. Lahoda, CSc. Assessed during consultations by Mgr. T. Donné and PhDr. R. Michalová, Ph.D. From the attached expertise by PhDr. K. Srp: “[…] Filla liked this painting, he selected it for several exhibitions after the war. In Czech painting in the last century, there was no author who could depict such a strong emotional tension, such distinct intersections of antagonistic masses. […]“ 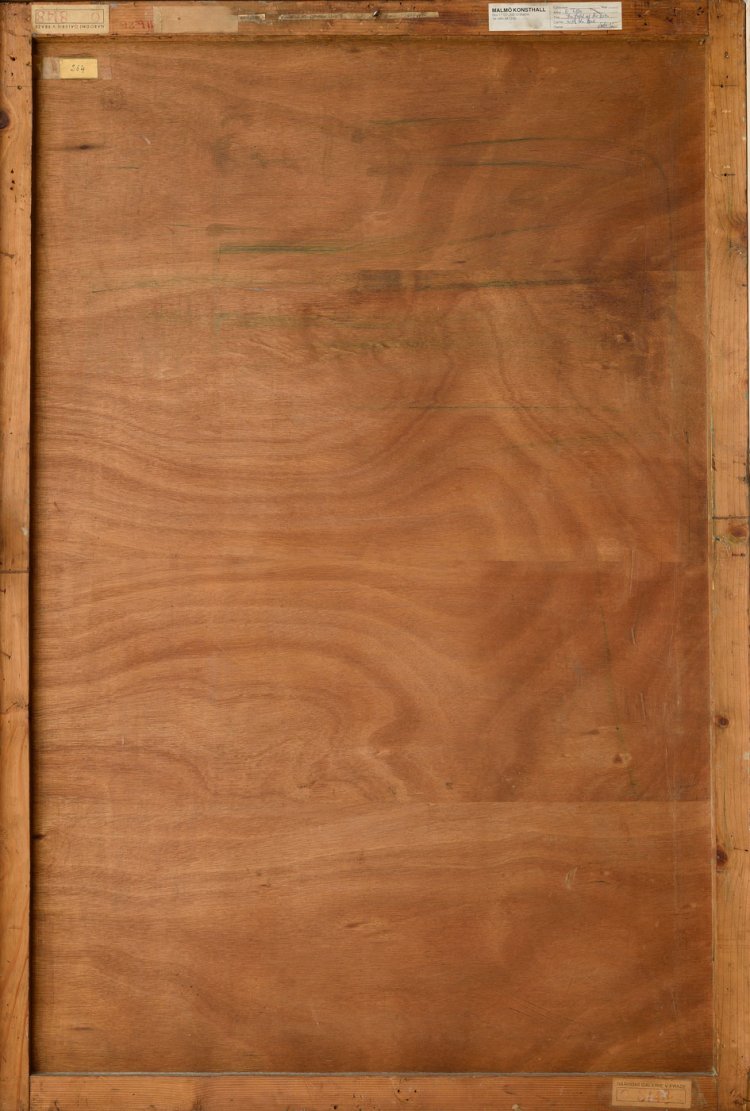