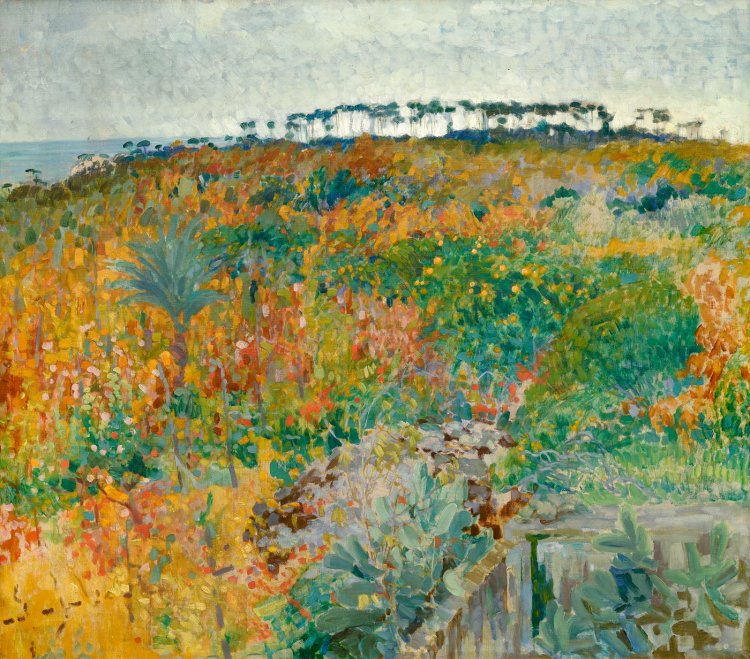 This unique and, from a collector’s point of view, extremely rare painting is an excellent representative of Nejedlý’s most valued Ceylon period of work. The trip to the Pacific marked a major turning point in his work. Although he had to postpone the original plan to visit these parts several times, in 1909 he finally managed to set sail. The years he spent in Ceylon were full of hardships, but nothing kept him from painting up until 1911, when he was forced to return to his homeland because of malaria. However, he still benefited from his experience for many years. The exotic world strongly influenced him, bringing changes to his colour palette and brushwork. The presented, delicately painted scene depicting the Ceylon landscape is a masterpiece of his very modern approach in painting, with clear respect to the tradition of French neo-impressionism. As we can see, Nejedlý was absolutely fascinated by the variety of new colours, light, and atmosphere of this discovered paradise of his. The transformation of his vehicles of expression and the tendency towards a precise pointillist technique based on skilful shading of green, yellow, and red, emphasise the diversity of the local nature perceived by the artist more as an ornament than a tangible world. The luminosity that he managed to capture, which makes us almost physically feel the local climate, is incredible. The electric blue sky above the sea in the background does not detract from the liveliness of the local flora. The work was printed on the cover of Otakar Nejedlý’s book “The Painter’s Wanderings around Europe, Ceylon, and India” (Prague 1960), in which it is also published in colour (p. 181). Assessed during consultations by prof. J. Zemina and PhDr. K. Srp. From the attached expertise by PhDr. R. Michalová, Ph.D.: “[...] The assessed painting Scenery of Ceylon with its fresh approach, clear colour range, distinctive neo-impressionist rendition, and larger format ranks among the most successful works, which reflected Nejedlý’s revolutionary artistic efforts to revive pure painting. […]“ 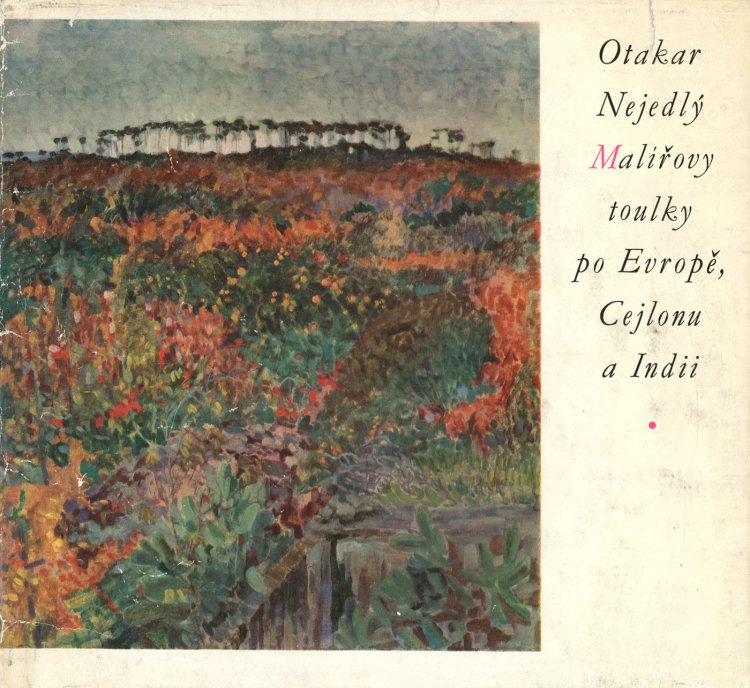 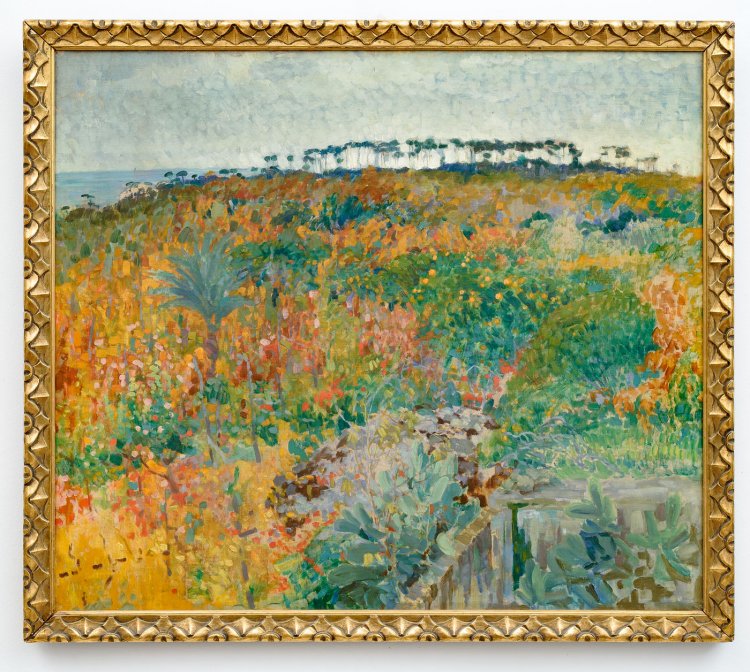 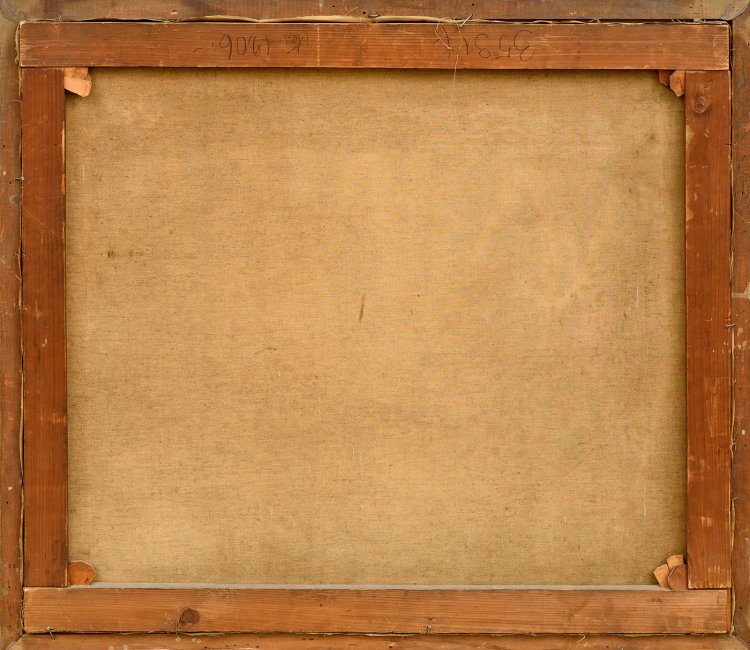