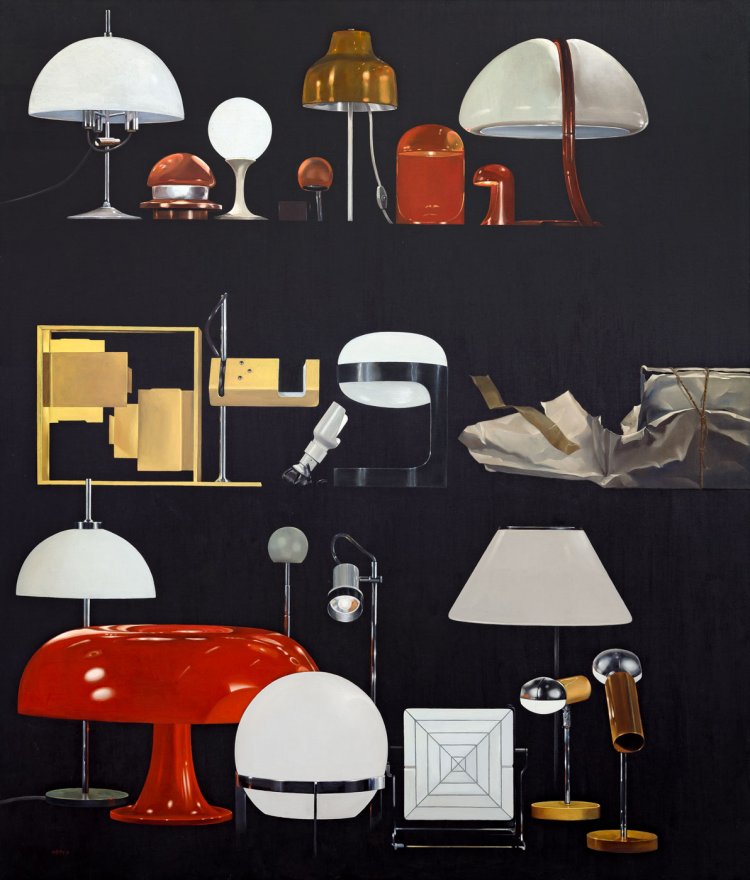 Still Life with Lamps comes from the atelier of one of the most sought-after and at the same time most talented living Czech artists, Theodor Pištěk. In addition to painting, which he considers today to be a key part of his work, he worked as a Czechoslovak representative in car races and as a film costume designer (he even received an Oscar in this field). As irreconcilable as such career dispersion may seem, Pištěk’s work achieves extremely interesting parallels that influence and intertwine and together form an original and complex artistic expression, completely unique to the Czech art scene. Thanks to his perfect technique, which could be equal to photography in the precise depiction of details, Pištěk is often classified as a hyperrealist painter, but he rejects any such designation; his work responds to world trends in a unique way, but in many ways it exceeds them and preserves the individuality and uniqueness of its own expression. We can consider the system of narrative layering of motifs and the frequent application of the principle of a picture within picture to be a very significant feature. Later, Pištěk himself described his program as “new romanticism”, and claims that by perfecting the illusory technique of trompe l'oeil he strives to create an atmosphere, a reminder of a moment or a story that we are beginning to doubt whether or not it happened. The black background from which the lamps emerge gives the painting a surreal impression, emphasised by a piece of wrapping paper thrown into the middle of the painting. If we follow up on the idea of ​​a picture within a picture and the application of the “memory maps” procedure, we can assume that this is a thematic connection to previous paintings with the motif of wrapped heads to which he devoted himself mainly in the time of the worst communist repression during the period of normalisation. The whole composition of the presented painting works ingeniously with details and with at first glance inconspicuous motifs with a deeper meaning, thus providing us with an unceasing amount of interpretations and connections. The painting was presented at the artist’s first collective exhibition entitled East of Eden, together with American and European hyper-, photo- and other realists of the 1960s and 1970s (Ludwig Museum, Budapest, 2011), and is reproduced in the artist’s monographs: T. Pištěk / H. Musilová, ed.: Theodor Pištěk: ecce homo, Prague 2012 (p. 17); J. Chalupecký: Theodor Pištěk, Prague 2007 (p. 185). Assessed during consultations by M. Dostál and PhDr. K. Srp. The expertise by PhDr. J. Machalický is attached. 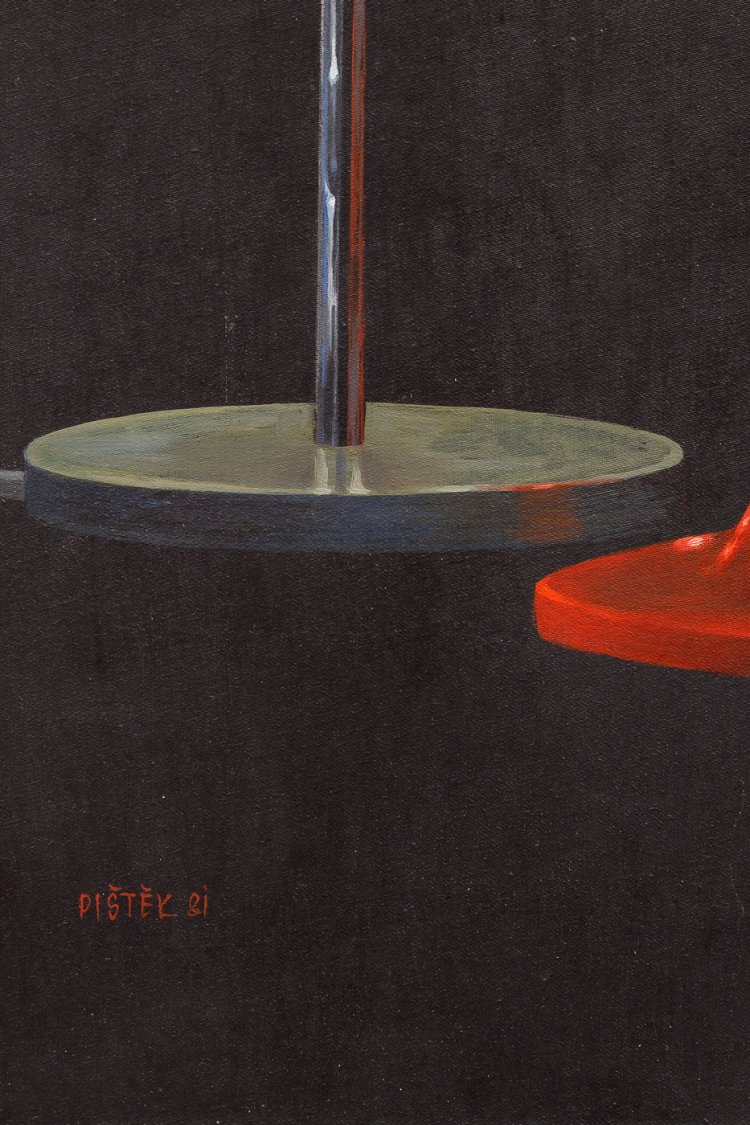